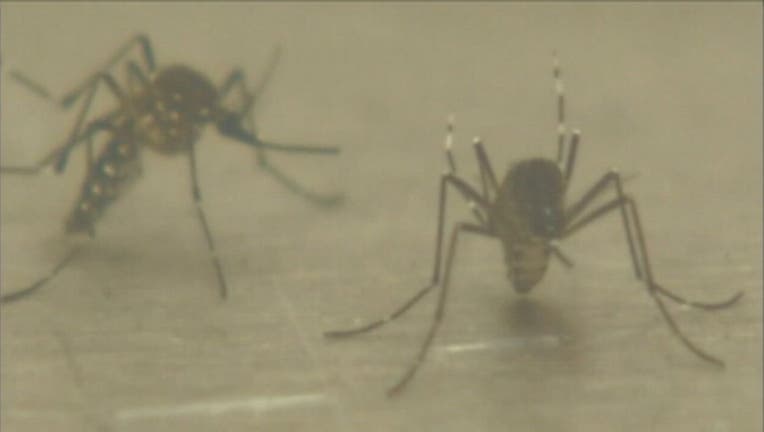 TROY, Mich. (FOX 2) - The Oakland County Health Department says it has confirmed West Nile Virus (WNV) has been found in a mosquito pool in Troy, the first discovery of the year in the county.

According to a release from the health department, there are no confirmed human cases of WNV but residents are urged to take all precautions necessary to prevent mosquito bites as health officials warn this means it is likely to spread to humans with a bite.

"Although the positive pool was found in Troy, this is an indicator that West Nile Virus is present throughout Oakland County," said Leigh-Anne Stafford, Oakland County’s Director of Health & Human Services. "The best way to prevent diseases spread by mosquitoes is to avoid being bitten."

What is West Nile Virus?

WNV is a mosquito-borne virus. Mosquitoes are infected with the virus by biting an infected bird. It is then spread to humans with the bite of an infected mosquito.

Most people infected have either no symptoms or experience mild illness. However, it can be serious in some individuals, specifically people over the age of 50.

What are the symptoms of West Nile Virus?

Symptoms of West Nile usually show within three to 15 days of exposure. One in five will exhibit mild illness with a fever, which includes the following:

But there are other symptoms as well that are much more rare but very serious:

The best way to prevent getting bitten is to wear insect repellent with DEET, picaridin, IR3535, Oil of Lemon Eucalyptus or para-menthane-diol as the active ingredient.

The higher the percentage of insect repellent, the longer the protection will last.

You should also get rid of mosquito breeding grounds by removing any standing water around your home - think birdbaths, buckets, flower pots, kids toys - anything that collects water is just waiting for mosquitoes to show up and lay their eggs. Dump those over once a week.

If you have a retention pond or drainage ditch, you should treat it with a mosquito larvicide which you can buy at most home improvement stores.

Additionally, you should avoid being outside from dusk to dawn, when mosquitoes are most active, and make sure screens and windows are secure to keep them out.