A new task force in Oakland County will be aimed at monkeypox communication, education and vaccination.

The county saw its first case at the end of June.

"The population of people most at risk for getting monkeypox is far greater than our capacity to vaccinate them," said County Executive David Coulter.

The task force will create communication, education, and vaccination plans for when the county has more doses.

"The federal government has allocated only 1,800 doses to the state of Michigan, and we have enough here in the county to vaccinate 350 people," Coulter said. 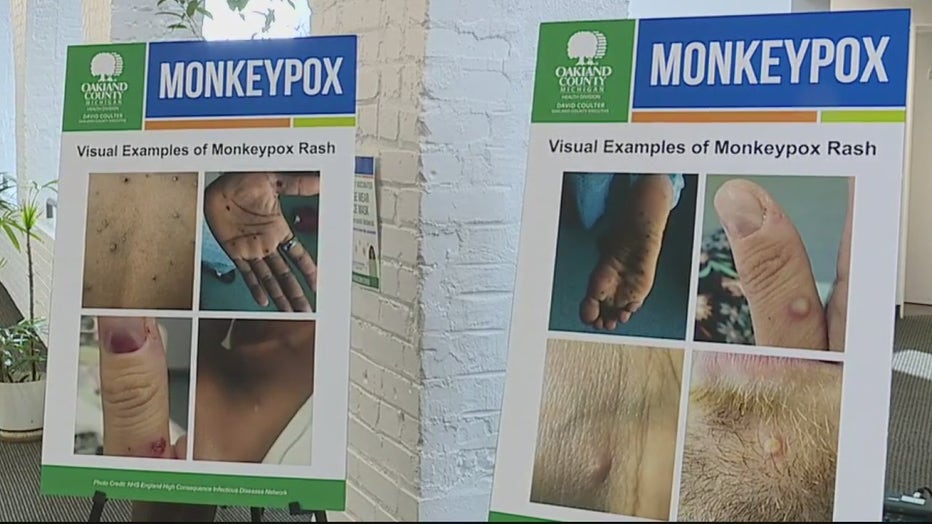 Monekypox, which spreads from direct contact with an infectious rash or scabs and bodily fluids, comes from the same family as smallpox. Symptoms include fatigue and body aches. Monkeypox is "not another Covid," according to medical officials. Instead, it's spreading within certain communities.

Data shows that monkeypox is prevalent in the LGBTQ+ community and Dr. Paul Benson, who serves a large segment of this population makes it clear, monkeypox can be stopped.

"We can eliminate this virus with an aggressive vaccination program," Benson said.

Calandra Green, who heads the task force, believes contact tracing is a big part of slowing the spread

"We are quickly contacting those cases getting information about their whereabouts activities and travel history," Green said.