OAKLAND COUNTY, Mich. (FOX 2) - A vending machine at the Oakland County Jail provides free Narcan to inmates who are leaving.

The machine was recently installed in the discharge area and deputies let discharged inmates know that they can take the naloxone nasal rescue kits. 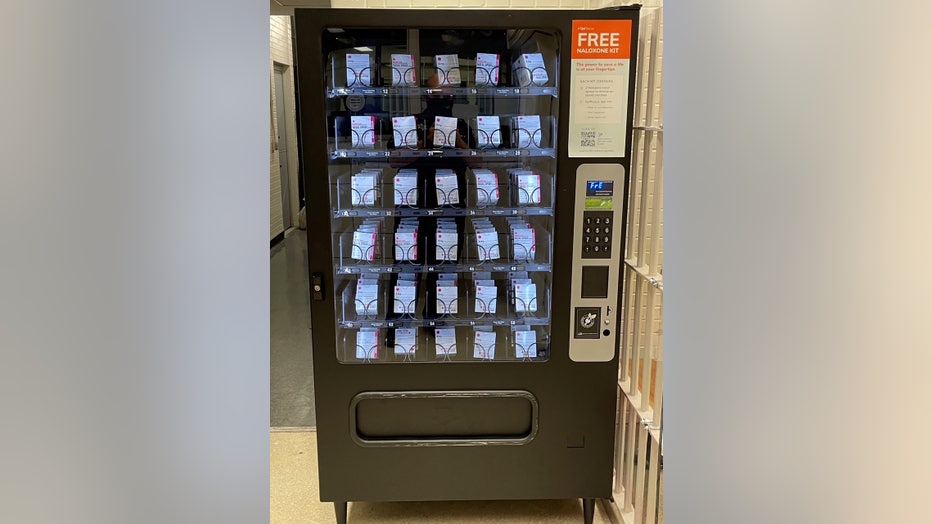 Narcan is used to reverse an opioid overdose. It does not have any impact on a person who does not have opioids in their system, making it a good antidote to have in case someone may be overdosing.

"We have seen a significant increase in opioid deaths and instances where law enforcement is called on during a crisis," Sheriff Michael Bouchard said. "This is a nationwide crisis as it was just announced we have hit an all-time high in overdose deaths in the last 12 months. This is everyone’s problem. This program gives us one more tool to help our residents. We have an opportunity to save lives and provide a second chance."

Last year, 211 of 255 drug-related deaths in the county involved opioids.

Also, in 2020 deputies used Narcan to revive people 67 times. Through October of this year, deputies have used it 124 times. The Narcan was successful 116 times.

The kits contain two doses of naloxone and instructions for how to administer it.

The vending machines are part of a program through Wayne State University’s School of Social Work and its Center for Behavioral Health and Justice. The Oakland County Sheriff's Office – the largest full-service sheriff’s office in the state – was identified as a jail that may be interested in the program.

The sheriff's office bought vending machines with grant funding and the kits, which normally cost about $75 each, were provided for free by the Michigan Department of Health and Human Services.

According to a press release, Wayne State modeled its program after a 2019 program in Los Angeles that distributed 30,000 individual doses of Narcan from vending machines in 2020.