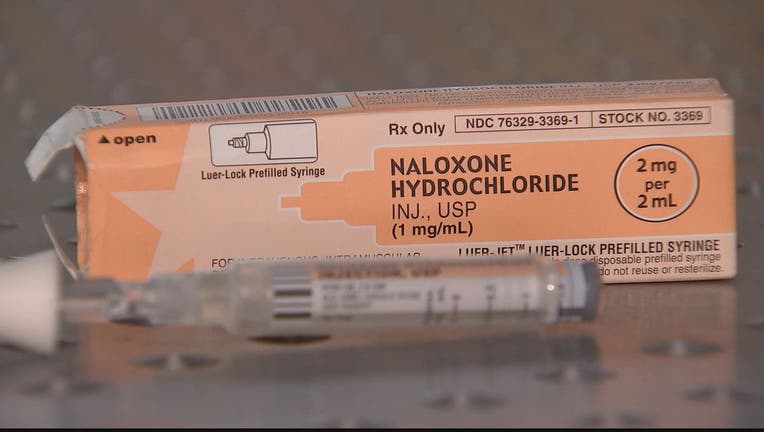 PONTIAC, Mich. (FOX 2) - In a little more than two-and-a-half hours, the Oakland County Sheriff's Office said two men were saved from narcotic overdoses with Naloxone in Pontiac, one of whom it took five doses to revive.

The sheriff said it was called to the first case on Anderson Street on Monday around 4:20 p.m. to a man who was unconscious and believed to have consumed narcotics. Deputies arrived, gave him Naloxone and he regained consciousness and was taken to the hospital.

Just a few hours later, a little before 8 p.m., deputies were called to Short Street in Pontiac where another man had taken narcotics and was also unconscious and not breathing.

A combined five doses of Naloxone were used on the man before he regained consciousness.

The man was taken to the hospital for treatment.

In March, Michigan launched a nearly $1 million campaign to dot the state with billboards, gas station posters, digital and local media that use a "change at their own pace" tone that features people who have experienced the lure of addiction and overcome the burdens that are associated with drug use.

The difference in this campaign is it is designed to connect people with recovery options.

If you know someone who needs help, the state of Michigan has multiple resources on its site.

Opioid use surges during pandemic

Last July, Michigan reported that opioid overdose calls were up 26% during the first few months of the pandemic.

Efforts to curb the use of opioids and other illicit drugs saw valuable progress vanish after the pandemic started. In the months after lockdowns first went into effect, health officials noted a substantial increase in overdoses.

Health officials with the state said the double tragedy of COVID-19 spreading freely mixed with the pervasive spread that prescription medication and synthetic opioids like heroin and fentanyl sent the number of overdose calls spiking.