PONTIAC, Mich. (FOX 2) - The Oakland County Sheriff said a 51-year-old man was arrested for attacking two Pontiac men with a machete, killing one man, after he became enraged when he was told he couldn't get prescription narcotics from them.

It was around 5 a.m. Tuesday when things went terribly wrong inside this house on Oliver Street in Pontiac.

According to the sheriff's office, the brutal attack happened at 5 a.m.Tuesday at a home on Oliver Street in Pontiac. One of the victims who had escaped was at a nearby gas station to call 911. A neighbor also called 911 after someone knocked on his door yelling for help.

When deputies arrived, they found a 27-year-old man lying in a pool of blood on the floor of the dining room of the home and had been severely cut and stabbed. Deputies said he was 'obviously deceased' and beyond help.

Paramedics transported that victim to the hospital where he was declared dead at McLaren Oakland Hospital.

A second victim, a 59-year-old man, was found outside the home with cuts to his head. He told deputies that the person responsible came to the home to buy prescription narcotics and was mad when he couldn't get them.

He said the man then grabbed a machete and attacked both men with it. He may have also used a steak knife, deputies said. The man was taken to the hospital for treatment.

"I have never witnessed anything like that," said one of the five people allegedly living inside the home where the attack happened as a suspected drug deal went bad. "He kept telling me to grab a knife. I wouldn't grab a knife because he was trying to bring me into it.

"It was serrated on both sides, it kind of looked like a samurai sword."

The witness was able to escape out of a window with the second victim.

Deputies said there was a trail of blood from the home to the backyard of another home on Marquette Street where they found the suspect unconscious. Paramedics arrived and were able to revive him from a suspected overdose. 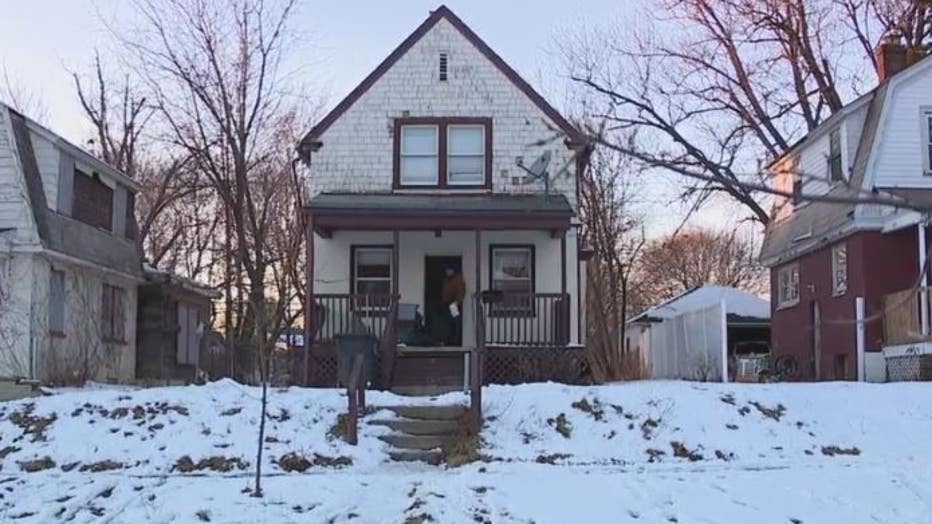 He was taken to McLaren Oakland for treatment and is now in custody at the hospital. He's expected to survive.

The machete, covered in blood and a bloodied broken steak knife were both recovered.

The crime remains under investigation.