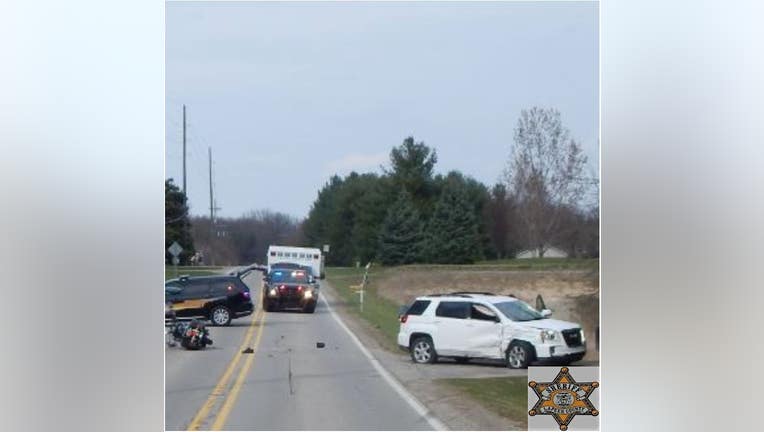 A motorcyclist died April 6, 2021, in a Lapeer County crash.

Authorities said 69-year-old Gregory Velasco, of Oxford, was traveling east on Lippincott Road in Elba Township when he struck a GMC Terrain as it turned left into a driveway around 4:30 p.m.

Velasco, who was wearing a helmet, was ejected from the motorcycle. He died at the scene. Authorities said the investigation showed that he braked before hitting the SUV.

The driver of the SUV, a 49-year-old Lapeer woman, was not injured.

Authorities are working to determine if speed or alcohol were factors in the crash.