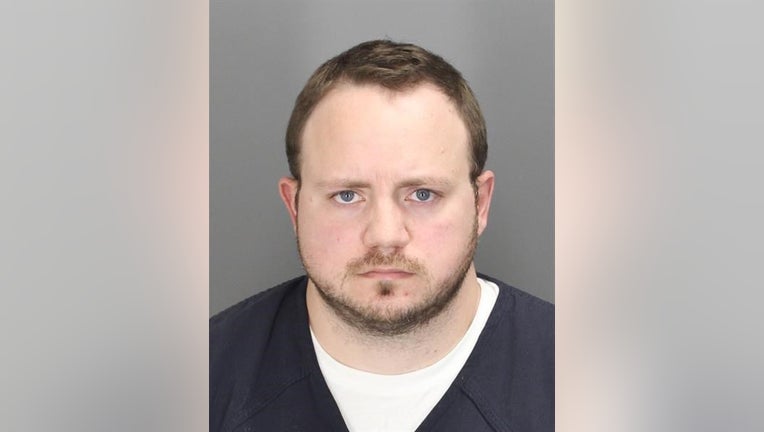 OAKLAND COUNTY, Mich. (FOX 2) - An Oakland County Sheriff's deputy was arraigned Saturday morning for allegedly trying to solicit who he believed was a 15-year-old girl for sex.

33-year-old Jared Frederick Salisbury was fired on Sept. 6 after the Oakland County Sheriff's Office was alerted to possible criminal activity.

The OCSO said a resident reported a social media post to them detailing the possible criminal activity involving an Oakland County employee. That employee was later identified as Salisbury.

He worked the midnight shift as a probationary deputy with the OCSO. New hires are on probation for one year, said the OCSO.

Salisbury allegedly attempted to meet with who he believed was a 15-year-old girl.

Robert Lee – a self-proclaimed vigilante, posed on The Whisper messaging app, as a 15-year-old girl to lure would-be predators. Lee said the 33-year-old sent a picture of himself, and the two discussed how much the teen’s services are for sex acts

Salisbury was arrested Friday around 11 a.m. without incident outside his home in Waterford Township by the Sheriff's Office Fugitive Apprehension Team.

He was charged Saturday morning with one count of accosting a child for immoral purposes, which is a 4-year felony.

"Any behavior that targets young people is deplorable and anyone who does should be held to account for their actions," Sheriff Michael Bouchard said.

Salisbury was released from the Oakland County Jail on a $25,000 personal bond. As a condition of his bond, Salisbury is not allowed to have contact with minor children and is not to use a computer or the internet.