Progress is being made on water main break, but residents still cautious after boil water advisory lifted

The advisory was also lifted for 63 customers in Farmington Hills including resident Mike Barash.

"We’re not drinking the water, but it’s not brown anymore," said Barash. "We'll probably give it another day or two just to take all the precautionary measures we can take. We’re just drinking bottled water right now."

As crews work at the site of the break, they were successful in isolating the components on the broken pipe to begin repair work on Tuesday.

But GLWA says the isolation did not hold, and water once again began filling the excavated area.

"I was really surprised and around the back it looks like a waterfall," said Ellen Roberts.

GLWA says it developed a solution to this issue that will be implemented by this coming Sunday, allowing crews to complete the overall repair of the 20-foot section of water main by late next week.

"We see the end of the week Friday or Saturday for our repair work to be complete," said Suzanne Coffey/Interim CEO, GLWA.

Roberts who says she works at a group home in Farmington Hills says they are also dealing with the aftermath.

"The water pressure is a little low," she said. "We haven’t had that much water to use. We have to go to the laundromat to do the laundry." 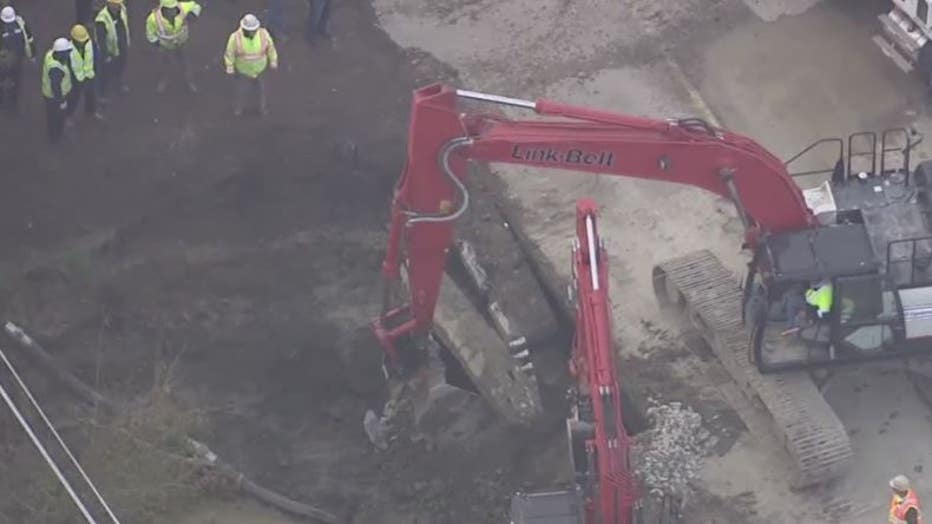