Detroit officer accused of pointing gun at girlfriend while drunk

An off-duty Detroit police officer was arrested after he allegedly pointed a gun at his girlfriend because she didn't want to leave a party. Police said Kory Dombrowski was drunk when the incident happened in Monroe County.

MONROE COUNTY, Mich. (FOX 2) - An off-duty Detroit police officer was arrested Friday after authorities say he pulled a gun on his girlfriend while drunk.

According to Michigan State Police, Kory Ryan Dombrowski showed up armed with multiple firearms and wearing body armor while picking up his girlfriend from a party around 12:10 a.m. He allegedly pointed his duty weapon at his girlfriend, who did not want to leave. She called 911.

While Monroe County Sheriff's deputies and MSP troopers were responding, Dombrowski left in a Dodge Ram pickup truck. Troopers pulled over Dombrowski and discovered he was intoxicated, police said. 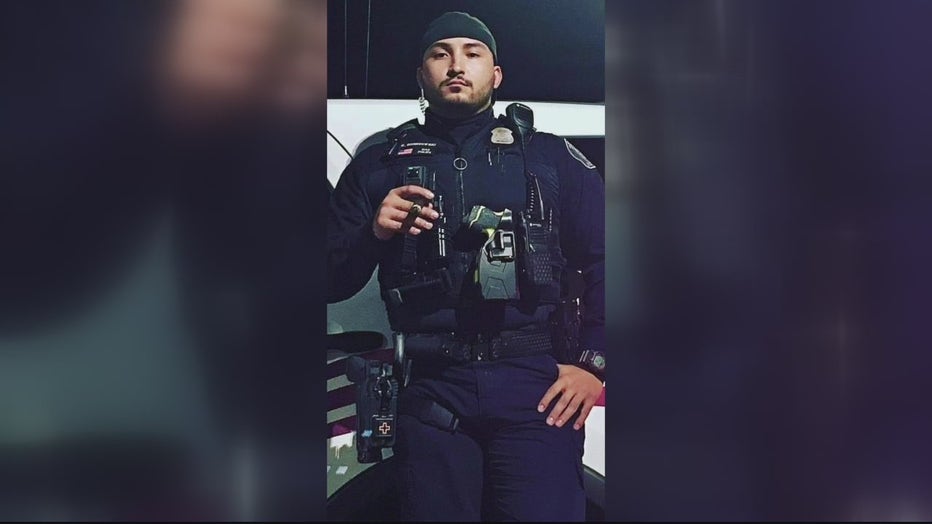 Police said the weapons and body armor were seized when Dombrowski was arrested.

Dombrowski is charged with possession of a loaded firearm in a vehicle, operating while intoxicated, carrying concealed while under the influence, possession/use of body armor without written permission, and brandishing a firearm in public.

"We're going to treat this as any other investigation. Because the subject was an off-duty officer, it makes no difference to us," said "We're going to deal with it as he was just a citizen out there that allegedly broke the law."

"The Department was notified of the arrest of the involved member this past Friday. The member has been suspended pending full adjudication of the criminal complaint as well as the Department’s own internal administrative review.

"The Department will not tolerate its members engaging in criminal conduct – especially domestic violence."