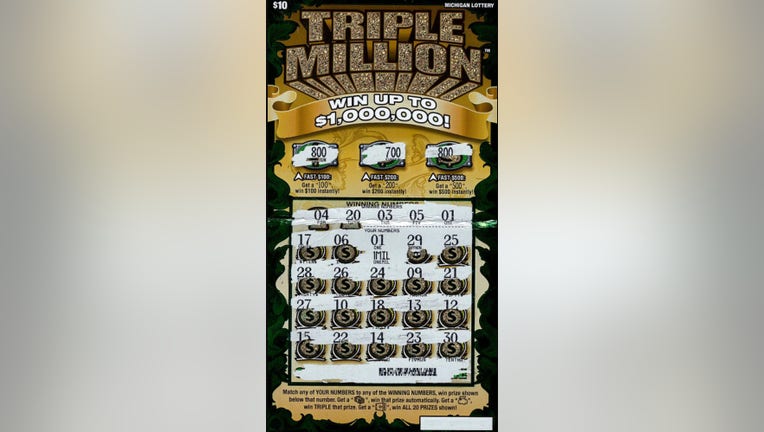 LANSING, Mich. (FOX 2) - The Michigan Lottery says an Ohio man is the lucky winner of a top prize of one of the state's $1 million scratch-off tickets.

The unnamed 32-year-old man won the $1 million top prize off the $10 Triple Million game after buying it at Gerth’s Beef & Deli in Temperance, about 40 miles southeast of Ann Arbor.

The man said he lives in the Buckeye State but has been working in Michigan and always has the same routine.

"I have been working in Michigan recently and I always stop at the same store to purchase a ticket while I’m here," said the player. "I scratched the ticket when I got in my car and went numb when I saw I won $1 million. I couldn’t believe what I was seeing!"

He said he plans to invest in real estate.

The lottery launched the game in December and says players have won more than $35 million since then.

The game is pretty simple: Scratch off five ‘winning numbers’ and then scratch off 20 numbers below. Match any of those and win the prize shown below that number.