FOX 2 - After protests and legal action, a state judge decided to block Michigan's ban on flavored e-cigarettes. But one owner of two vape shops in Detroit is not quite jumping for joy

"But now my instinct is telling me now what? What will they put into place next?" the vape shop owner said. "Will they make it the 21 and over keep it at 18 are they going to keep it in the gas stations what's next?"

After protests and legal action a state judge decided to block Michigan's ban on flavored e-cigarettes. But one owner of two vape shops in Detroit is not quite jumping for joy.

The preliminary injunction was issued Tuesday by Court of Claims Judge Cynthia Stephens who believes Gov. Gretchen Whitmer and her administration's delay to implement the ban two weeks ago, weakens their position that emergency rules were needed.

"I didn't think it would last this long," the vape shop owner said. "Because there are so many other people that have their livelihoods invested in this vaping industry."

The lawsuit was filed by vaping businesses that said the ban would force them to close. Although the ban only existed for two weeks, this business owner says he lost thousands.

"We had to take the stuff off the shelf, so that's thousands of sales," said the store owner.

The governor has accused companies of using candy flavors to get children hooked on nicotine.

On Tuesday the governor said in a statement that the court decision was wrong and that she plans to seek an immediate stay and go directly to the Michigan Supreme Court to request a quick and final ruling.

But this business owner offers these words of caution for the governor:

"What she's doing is she's actually creating other markets - like other black market. She's enhancing the black market on vaping," said the business owner. 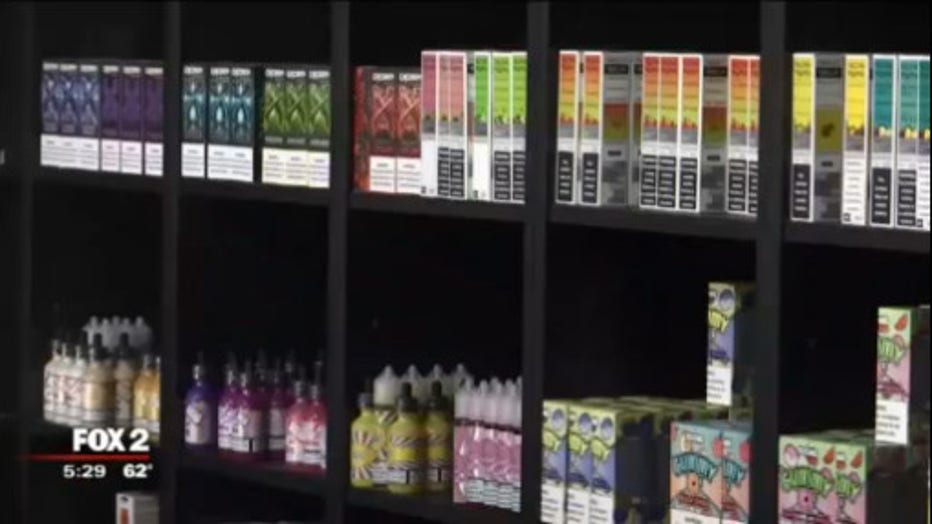