A new court filing shares details about the mindset of alleged Oxford High School shooter, as well as information about his parents.

The alleged teen shooter accused of killing four students and injuring seven others during a mass shooting at Oxford High School last November is expected to be back in court Jan. 7 for a probable cause conference.

It'll be the first court appearance for 15-year-old Ethan Crumbley of the new year, who was arraigned on murder and terrorism charges a day after he allegedly shot up the school.

Crumbley's first court appearance was rescheduled by a judge after both the prosecution and defense requested more time to comb through the mountains of evidence from the shooting. 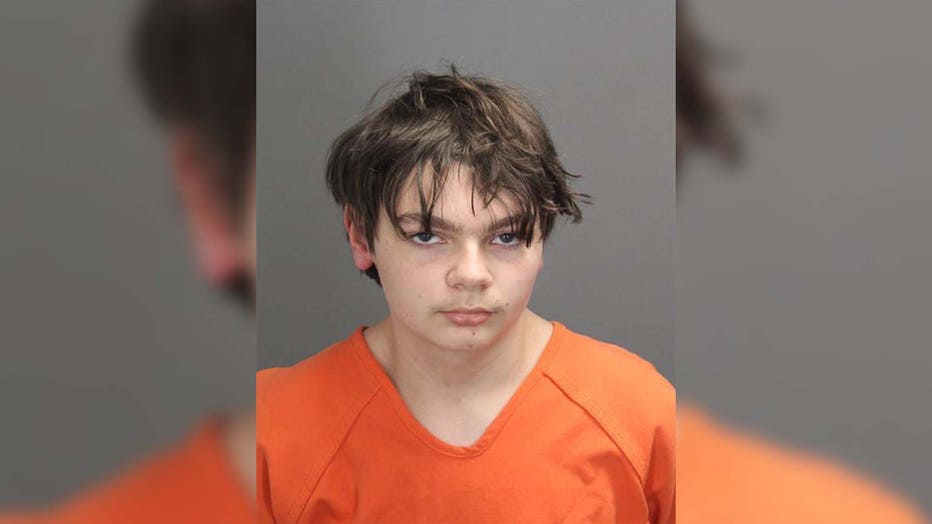 The Oxford community is still mourning the tragedy that struck Nov. 30. The high school released a plan yesterday that outlines the first day of school since the shooting. Meanwhile, major court cases involving both the younger Crumbley and his two parents loom large for the Oakland County Prosecutor's Office.

Want to get the latest news and weather updates from your phone instantly? Download the FOX 2 app today on Android and iPhone today

Both the prosecution and the defense requested more time to review evidence during Ethan's first court appearance since his arraignment.

A judge delayed the conference until Jan. 7, citing both the holidays and the totality of evidence that still needed to be reviewed at the time.

Attorney Deborah McKelvy was assigned Ethan's ad litem - which is someone independent of a defendant's legal interest and only focuses on Ethan. She requested that the defendant be moved to Children's Village in Pontiac as he could reportedly hear other inmates in the Oakland County jail.

A judge declined to move Ethan but did request his confinement meet the statutory guidelines while in the facility.

Ethan Crumbley back in court Friday

The probable cause conference is the first chance for a defendant's attorney to argue on their behalf. It also gives an opportunity for the prosecution to unveil more evidence it plans to cite in the event of a trial.

PCCs are held only in felony cases and typically follow an arraignment. It's not unusual for big cases like Ethan Crumbley to see the first meeting rescheduled. This is where plea deals can be accepted and modifications to a defendant's bail or bond can happen.

However, since the case involves a first-degree murder charge, there won't be a reduction in bond.

Ethan's conference will likely be virtual. It also likely won't produce much substance since it's a procedural meeting. Instead, both sides will make sure they have enough facts and discovery evidence to conduct a preliminary exam.

During the conference, the topic of a competency hearing is likely to come up. As will how Ethan is being treated in jail - similar to his first meeting.