The lawsuit alleges that Acme Shooting Goods LLC knew that James Crumbley was actually buying the gun for his son Ethan who was just 15 at the time.

FOX 2 - The newest lawsuit in the wake of the Oxford High School mass shooting from last November doesn't just include the district, but the gun dealer where the weapon was bought.

Turner is filing the lawsuit on behalf of his clients Matthew and Mary Mueller. They are suing Acme Shooting Goods LLC as well as the school district. Four students were killed and seven other people wounded including the Muellers' son, who survived.

The lawsuit alleges that Acme Shooting Goods LLC knew that James Crumbley was actually buying the gun for his son Ethan, who was just 15 at the time. Investigators say the teenager used the gun just days later to commit the horrific crime.

A straw purchase of a firearm is when a gun is bought by one person for another who is legally unable to get it themself.

"There’s no question that the administration at Oxford had the last best chance to avoid this tragedy," he said. "He was actually shot in the hand, the bullet went through his hand into his mouth in his jaw, through his mouth.

"It’s unspeakable how horrific that is, but thank God he survived." 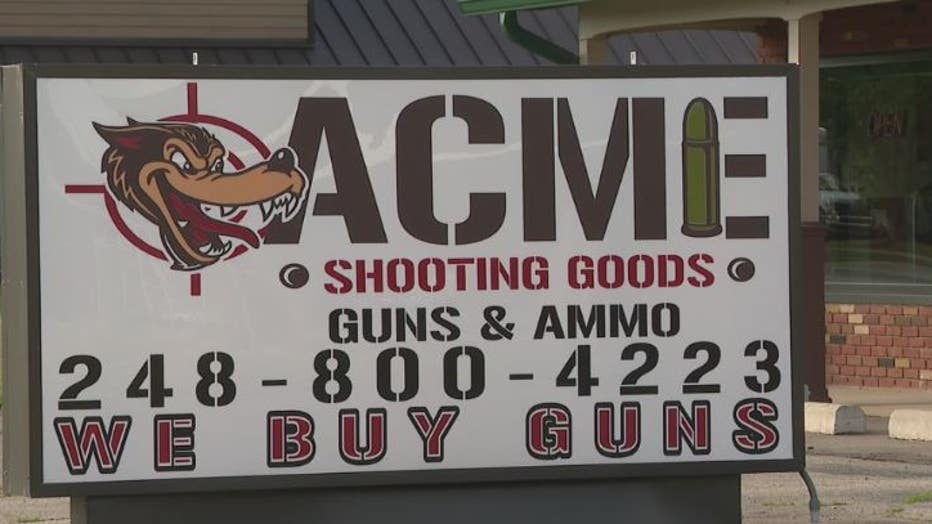 FOX 2 stopped by the gun dealer in Oxford on Wednesday. Someone at the business said they were closed.

"There’s no allegations they the people at the gun shop should have had any idea that he was going to carry out the shooting," the attorney said. "But the law is very clear that you can’t sell a gun to a minor."

Bill Kucyk, a Metro Detroit gun shop owner says that proving the allegations may be challenging.