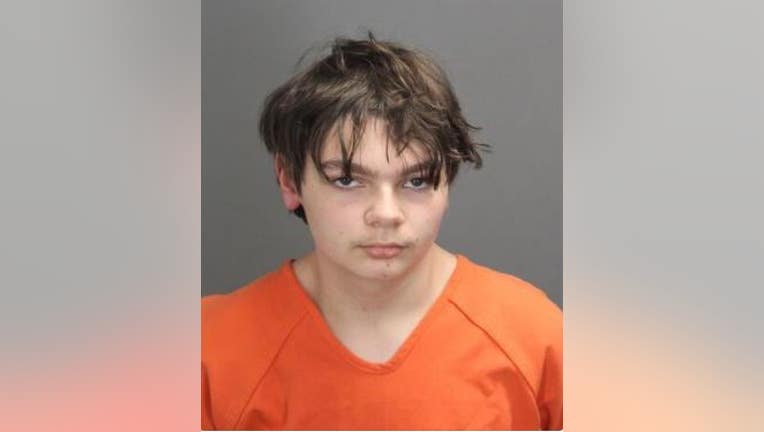 OXFORD, Mich. (FOX 2) - The trial for accused Oxford School shooter Ethan Crumbley has been adjourned until early next year.

A tentative date had been set for Sept. 6. During a pre-trial hearing Thursday, defense for Crumbley said a September date did not seem realistic. It was already expected that the trial could be delayed.

Since Crumbley is a juvenile, he appears in front of Judge Kwame Rowe each month, who reviews whether he should remain in the Oakland County Jail.

Typically, teens charged with crimes are housed at Children's Village. Due to the severity of Crumbley's alleged crimes, he's at the jail, where he is taking GED classes.

Thursday's hearing comes a day after an Oakland County judge ordered the release of surveillance video from the shooting.

Judge Rae Lee Chabot ruled that attorney Ven Johnson can have access to the videos to see what happened on Nov. 30, 2021.

Johnson has filed civil lawsuits against the Oxford school district, as well as against Ethan Crumbley and his parents, James and Jennifer Crumbley.

The Oakland County Prosecutor’s office released a statement saying it "will seek to intervene" in an effort to stop the release of the documents and video citing concerns about the impact on the criminal trials and "giving the Oxford school shooter the notoriety he sought." Writing in part:

"The civil cases are also an important part of achieving justice for the victims, but we are asking that the criminal cases be allowed to proceed before more evidence is released.

"We want to avoid any public release of video or other evidence that could inadvertently encourage future shooters."

The horrific deadly shooting at Oxford High is now the subject of criminal and civil proceedings. Attorney Ven Johnson handed a big victory in court Wednesday on the civil side.

As Ethan Crumbley's case progresses, his parents' cases are also moving through the system.

James and Jennifer Crumbley are both charged with involuntary manslaughter. The parents are accused of ignoring their son's mental health and providing him with access to the weapon used.

They want the case to be moved, and certain evidence to be excluded from trial.

Prosecutor Karen McDonald responded to motions filed by defense for the Crumbley parents, saying that their requests should be denied.