FRIDAY NEWS HIT - When Kylie Ossege looked outside her hospital window, there was a big surprise – a group of people wishing her well as she recovers.

Ossege was shot at Oxford High School last week. She was struck in the chest and both shoulders.

Tennis teammates, training stuff, friends, and others gathered outside the 17-year-old's room to show their support.

A video showed an emotional Ossege when she saw the group.

Ossege is the last Oxford shooting survivor still hospitalized. On Thursday, she was moved from the intensive care unit into a standard room, where she will spend the next 4-6 weeks recovering.

The first lawsuits have been filed against Oxford High School, less than a week and a half after the deadly school shooting.

Two lawsuits, filed by attorney Geoffrey Fieger, are seeking $100 million each. They were filed on behalf of one of the shooting survivors and her sister, who was next to her when she was shot.

The suits name numerous school employees and officials. It is alleged that staff knew accused shooter Ethan Crumbley was a threat before the attack but failed to address concerns or report it to authorities.

After the massive lawsuit that was announced Thursday in the Oxford High School shooting, Charlie Langton looks at the past success - or lack thereof in other tragic school shooting cases around the country.

The day before the shooting, Crumbley was caught looking up ammo on his cellphone in class. The next day, the day of the shooting, a note was found on his desk that had concerning writing and drawings on it, officials said.

The paper said, "The thoughts won't stop. Help me." In another section of the note was a drawing of a bullet with words: "Blood everywhere" and a person who appeared to have been shot and bleeding.

The note also read "my life is useless" and "the world is dead."

School officials met with Crumbley and his parents before sending him back to class. Shortly after going back to class, Crumbley is accused of carrying out the shooting that killed four students.

Fieger said that he wants to send a message by holding school officials accountable financially because he does not believe they will face charges.

Driver killed by scrap metal that flew off trailer

A 29-year-old woman was driving on 9 Mile Road near Northwestern Highway on Thursday in Southfield when a piece of scrap metal flew through her windshield.

Police said a trailer dislodged from a truck and the piece of metal debris came off the trailer. It pierced the victim's windshield, causing her to crash.

The woman suffered serious head trauma and died at a hospital.

Police are still investigating the incident. Anyone with information is asked to call 248-796-5408. 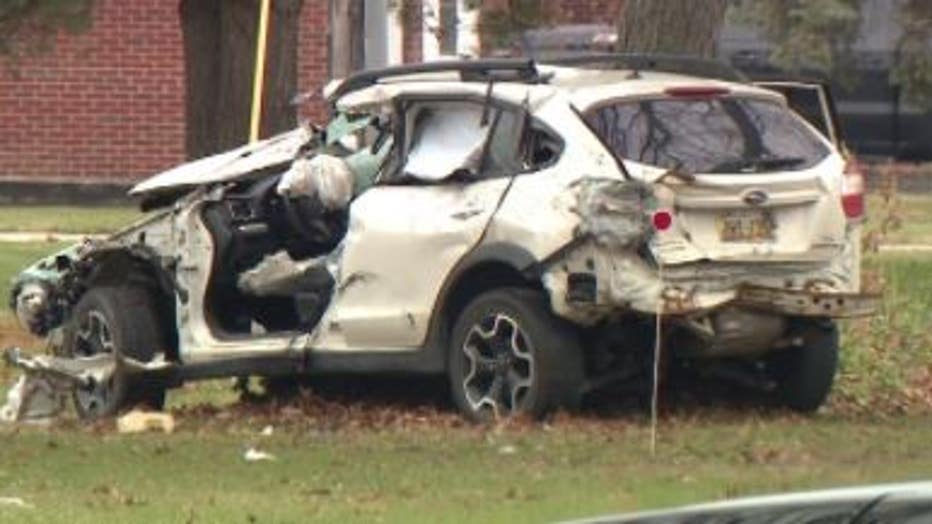 Warmer weather is on the way, but so is rain and wind.

Rain and Windy on the Way

Though most of Friday looks good under mostly cloudy skies, rain and lots of wind will move in this evening, overnight and into Saturday morning. Wind gusts at times could exceed 50 mph Saturday afternoon bringing down trees and power lines.

Former "Empire" actor Jussie Smollett was convicted Thursday on charges he staged a racist and homophobic attack on himself in January 2019 and then lied to Chicago police about it.

Smollett showed no visible reaction as the verdict was read. He and his family later left the courthouse without comment.