Oxford survivor returns to the court, up for national award

More than three months ago, Josh Asciutto was one of 11 people hurt in the Oxford High School shooting. Today, he's back in action and up for a national award for his skills and courage.

OXFORD, Mich. (FOX 2) - John Asciutto is a senior at Oxford High School and was one of 11 people shot during the mass shooting on Nov. 30. He's also a basketball standout and is now up for a national courage award.

John was hospitalized after the shooting that Tuesday afternoon after he was shot in the leg. He's made a remarkable comeback in three months.

"Honestly, I try more every practice I give it my 100 percent. Even if I'm tired I give it my all because you never know when your last chance is," John said.

But John is resilient and just a few weeks later, wearing his number 13, he took the court to a standing ovation for an Oxford High School game.

"That was pretty crazy. I didn't expect it but when it happened I was like holy smokes. Everyone cares. It's just a good feeling," he said.

The road hasn't been easy. He's been working at home to nurse his leg and is still finding it difficult to walk the halls that are full of so many haunting memories. As for his skills on the court, he says he might actually be better now.

"Physically, I'm feeling 100%. I'm back to playing basketball every day," he said.

His strength and courage have gained the attention of Athletic Director Tony Demare who entered John into the national Jersey Mike’s Naismith Courage Award. He's now a top ten finalist

"There is no measuring stick for the courage that he has displayed," Demare said. "John really epitomizes humility he is just a very humble person looks at others and cares about them thinks about his teammates."

John said he was excited and honored about the recognition but is pretty humble overall. But given the attention on the school, and now him, it's been a journey to accept it and wants to be sure to show appreciation for everyone who's helped bring him out of the dark time.

"I'm not a very big attention person. I'm not big on that. But I like it though, I accept it," John said. "I'm thankful for everyone who has been behind me the whole way it means a lot to me for sure."

The winner of the Jersey Mike’s Naismith Courage Award will be announced on April 12. 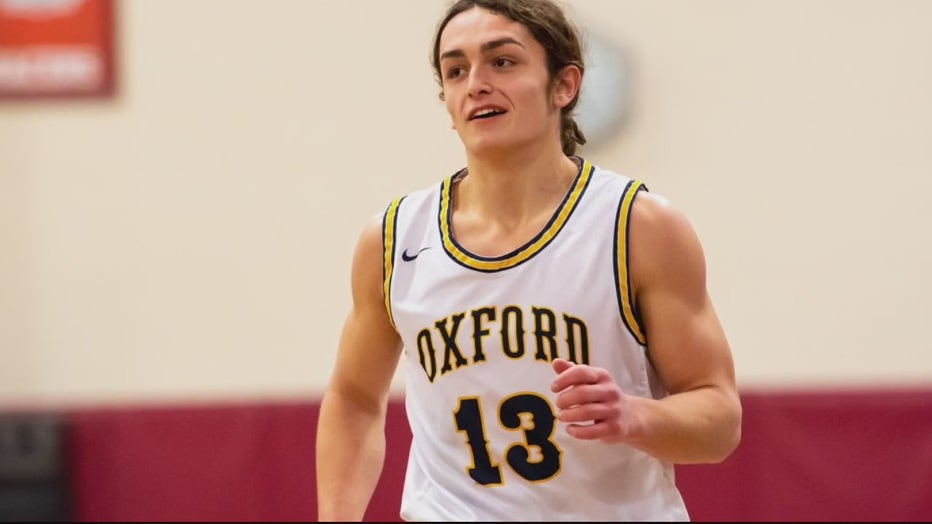