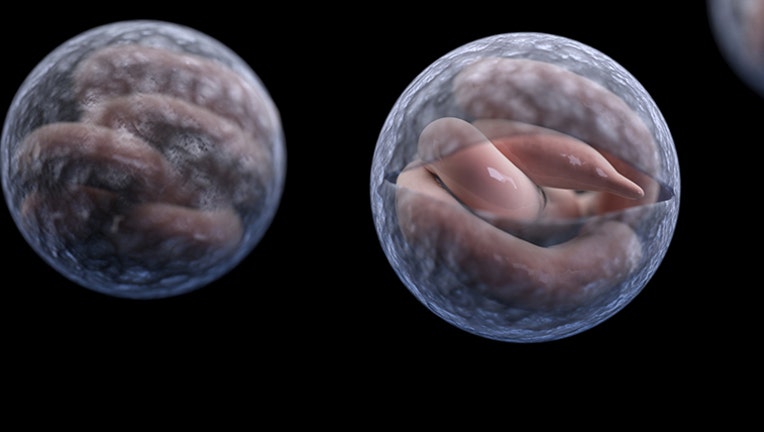 Cryptosporidiosis is a disease that causes watery diarrhea. It is caused by microscopic germs. It's sometimes called "Crypto" for short.  (Photo credit: Centers for Disease Control and Prevention)

LANSING, Mich. (FOX 2) - At least 12 people are suspected of being infected by a parasite that normally comes from working around livestock after they came into contact with a group of sick calves.

The infections were reported in Livingston, Ingham, and Oakland counties through mid-November, prompting the health department to warn residents to be wary when working around livestock.

So far, the Michigan health department has only confirmed one of the cases as positive for Cryptosporidium - or Crypto as it's commonly known - a parasite commonly found in the stool of infected animals and people. Four other cases are considered probable and seven cases are suspect.

The individuals became sick with diarrhea and other symptoms between Nov. 15-21, a release from the Michigan Department of Health and Human Services said.

MDHHS warned the parasite can be spread even if an infected person doesn't feel sick. "If a person’s hands, drinking water, food or recreational water are contaminated with small amounts of infected stool from either livestock or people, they could swallow the parasite and become sick," the release said.

According to the Centers for Disease Control and Prevention, outbreaks related to the parasite have spawned from pools, cattle and childcare settings.

Some of the symptoms include: diarrhea, stomach pain, cramping, nausea, vomiting, dehydration, fever, and weight loss. The effects can last for several weeks - however, treatment is available.

If you become sick: