DETROIT (FOX 2) - When two women were driving on Eight Mile and they first saw headlights, they thought it was a wrong-way driver coming at straight for them. They were half right.

It was a wrong-way driver but the silver Pontiac sedan was driving in reverse between 40 and 50 miles per hour.

It was something so unbelievable they had to record it

It was rush hour on Tuesday when Keshawn and Janell saw the driver and had to start recording it on camera.

"I'm telling her why does it look like his headlights are pointed towards me," said Keshawn Dawson, who posted the video.

"Everyone was paying attention. We were trying to stay out of his way," said Janell McQueen, who recorded the video.

"She said hold on wait, that car is driving backwards," Dawson said.

Rather than being fearful, the women were almost in awe of the driver's ability.

"I would take driving next to him backwards than some of these other people going forward," McQueen said.

They got home and shared the video on social media. Hundreds of thousands have now seen it for themselves. It's a viral video reminiscent of another Detroit driving video from June taken on the Lodge.

Someone claiming to be related to the driver posted on social media that car has a faulty transmission and this driving method was the best option. 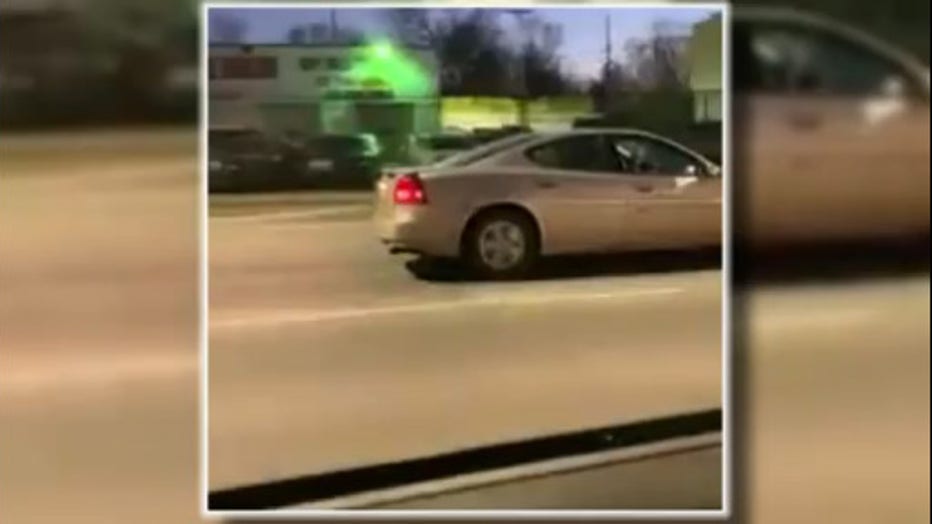 "You never know what the circumstances are - (maybe he said) 'I've got to get my kids home by any means necessary' and he did it."

Whatever the circumstances, all indications are the driver got where was going without any reported injuries.

Detroit police are aware of the video and tell us they are reviewing it at this time, calling it very reckless.