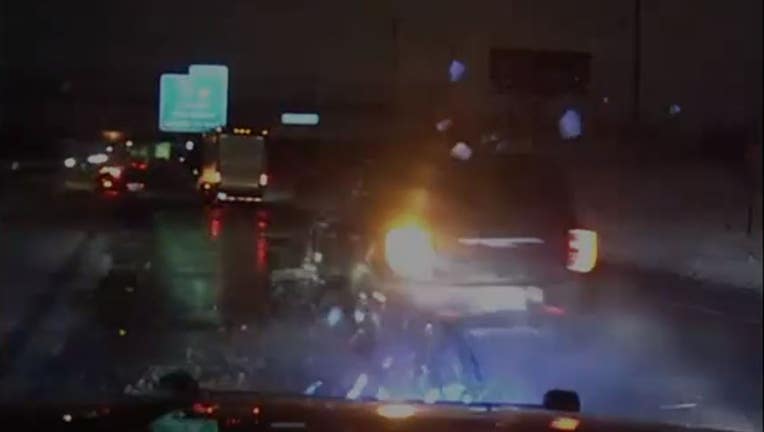 Screen grab from video of the crash. Courtesy of Plymouth Township police.

PLYMOUTH TOWNSHIP, Mich. - Plymouth Township police are searching for the driver of a dark-colored Ford Bronco that struck a squad vehicle before fleeing the scene.

Police say they were investigating a traffic crash on I-275 early in the morning last Saturday when the passenger side of a fully marked police cruiser was swiped by a vehicle.

The vehicle stopped momentarily and then fled northbound on I-275 toward eastbound I-96.

The incident happened around 2:40 a.m. on Feb. 19, a news release from police said. It took place near Plymouth Road. 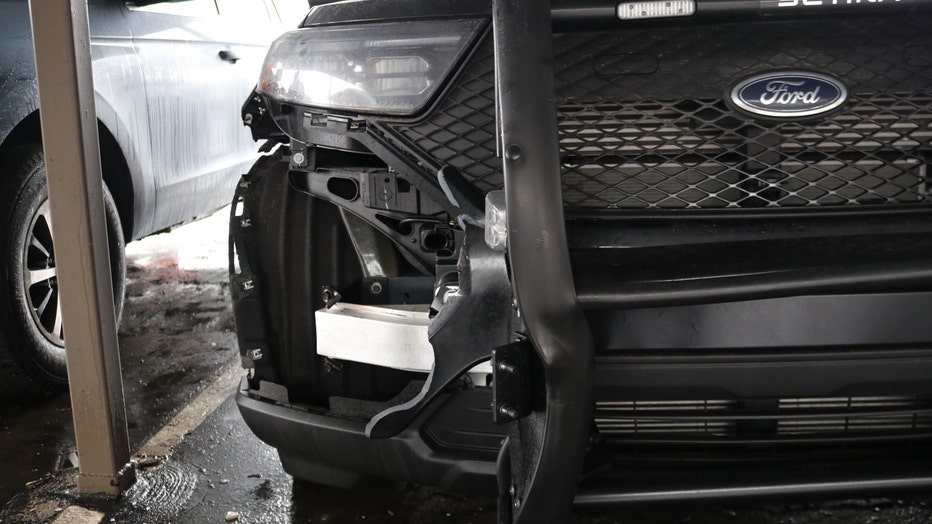 The Ford Bronco should have damage along the driver's side, police said.

If anyone has any information on the incident, they're asked to please contact the Plymouth Twp. police at 734-354-3232.