DETROIT (FOX 2) - A crash on Detroit's west side ended the search for a man accused of assaulting an elderly woman and stealing her car.

That woman is in stable condition at Sinai Grace after that brutal attack. Police say neighbors played a critical role in officers finding the suspect who did all he could to evade police.

A crash on Detroit's west side ended the search for a man accused of assaulting an elderly woman and stealing her car.

It all began early Thursday afternoon on the 19300 block of Lauder where the mutual benefits of a seasonal hustle turned into a horror story.

"When our officers and medics arrived she was in grave condition," said Cmdr. Michael McGinnis, Detroit police.

Police say the suspect knew his victim a 72-year-old woman who lived with and took care of her 90-year-old mother.

He would often shovel the woman's snow and did so Thursday, even though, police say she told the man she did not have the money to pay him.

"At some point he encountered her after shoveling the driveway and decided to assault her severely," McGinnis said.

The woman's neighbors are livid. Police and medics responded and rushed the woman to the hospital.

"They tell me she had surgery they relieved the pressure and she's doing pretty good," said neighbor Gloria Davis. "That's what we're praying for."

During the investigation police discovered the woman's car was missing.

"Due to really good neighbors who paid attention, they were able to develop a lead on who the suspect was," McGinnis said.

The suspect fled running into an alley but police caught up to him and handcuffed him.

Police say there were two people in the other vehicle, but they were not seriously hurt. In the meantime, neighbors are praying for the woman's recovery.
praying and brainstorming.

"We're all very concerned and we've been doing some talking in terms of what we need to do from this point on to make sure everybody is safe," Davis said.

The woman's mother is in the care of church members. 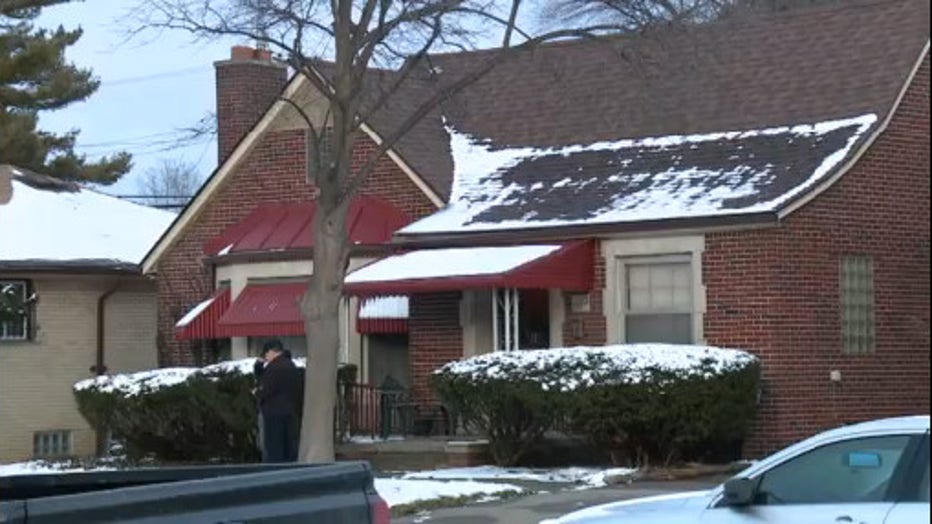