22-year-old man arrested, accused of killing his mom on Woodward under 696

A Troy man is being held in the Oakland County Jail after police in Royal Oak said he shot and killed his own mother on Woodward under the 696 overpass.

ROYAL OAK, Mich. (FOX 2) - Police said a man shot and killed his mother Thanksgiving night on Woodward Ave underneath the 696 overpass and then shot at other vehicles on the road.

Police say the suspect shot his 52-year-old mother while the car was stopped under the overpass in Royal Oak. Officers responding to 911 calls at 10:30 p.m. heard shots in the area and found the woman, 52 of Southfield, fatally wounded in the head inside the vehicle.

Investigators say the suspect, a 22-year-old from Troy, fired at cars passing by, hitting three other vehicles including wounding one of the drivers, a woman, in the leg. She was transported to Beaumont and is expected to recover.

Police say the suspect, who fled on foot, was quickly found and arrested. A 9 mm pistol was recovered, according to investigators. 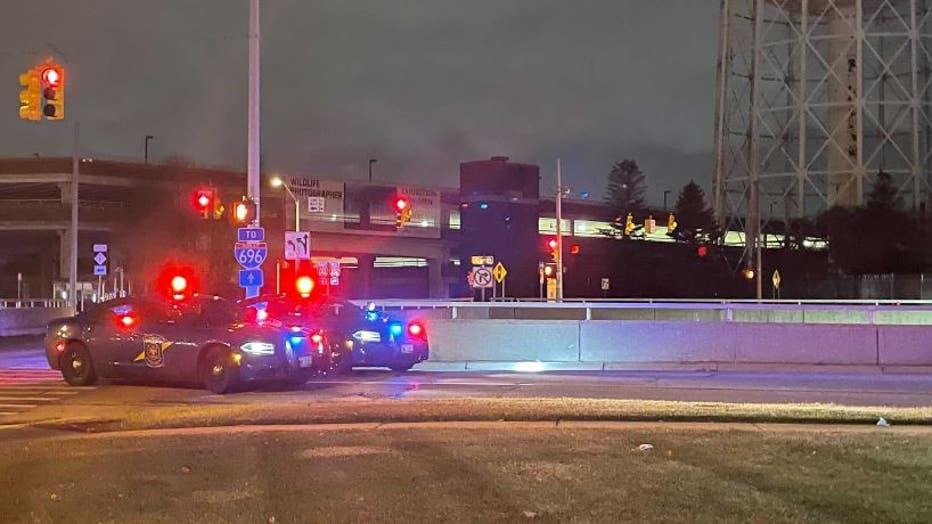 A previous version of this story stated the suspect and victim were involved in a crash. This story has been updated for accuracy.