DETROIT (FOX 2) - The Detroit Police Department is looking for help identifying a suspect and three people interest in a gas station shooting on Detroit's west side.

Police say around 4 a.m. Sept. 9, two people of interest, one man and one woman, were leaving a gas station in the 10000 block of Fenkell.

A few moments later, a suspect approached them with a weapon and fired shots in their direction. Meanwhile, the second suspect got out of a gray Pontiac and fired shots back, hitting the first suspect multiple times.

After it was over, the two people of interest and the second suspect got into the Pontiac and fled the scene. The first suspect and a third person of interest got into a silver pickup truck and left. Police say the vehicle was stolen in Livonia.

The first suspect has been identified as 20-year-old Mekhi Evans. Police say a warrant has been submitted to the prosecutor's office charging him with carrying a concealed weapon. 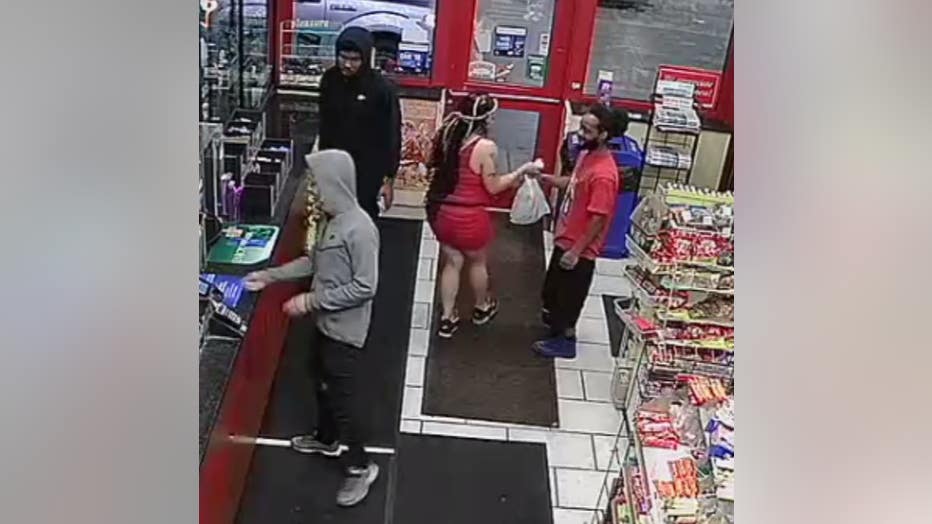 Anyone with information is asked to call Detroit Police Department's Second Precinct at 313-596-5240, or Crime Stoppers at 1-800-SPEAKUP.