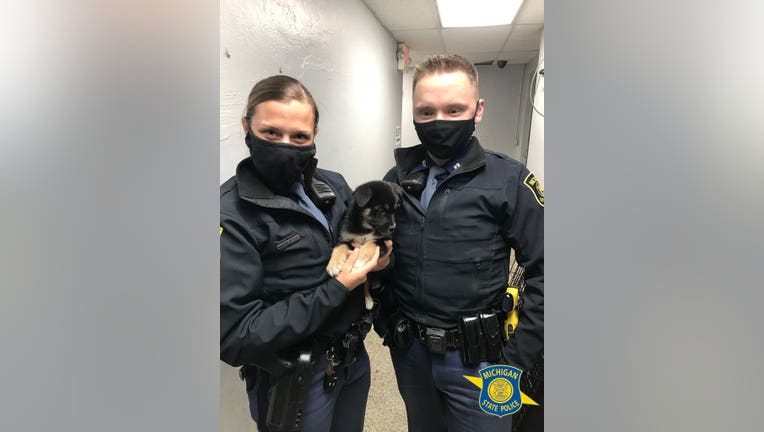 Michigan State Police troopers rescued a puppy from an abandoned car on April 1, 2021.

DETROIT (FOX 2) - A check on an abandoned car on the side of I-75 in Detroit led Michigan State Police to a puppy early Thursday.

Related: Dog reunited with family after running from I-696 rollover crash

Troopers were on patrol on northbound I-75 near the Davison Freeway when they saw a car on the shoulder with its windows down around 4 a.m.

The troopers stopped to check the car, and as they were approaching they heard moving and a bark. A puppy was found in the car.

The dog, who was named Davis, is being cared for by Detroit Animal Care and Control. 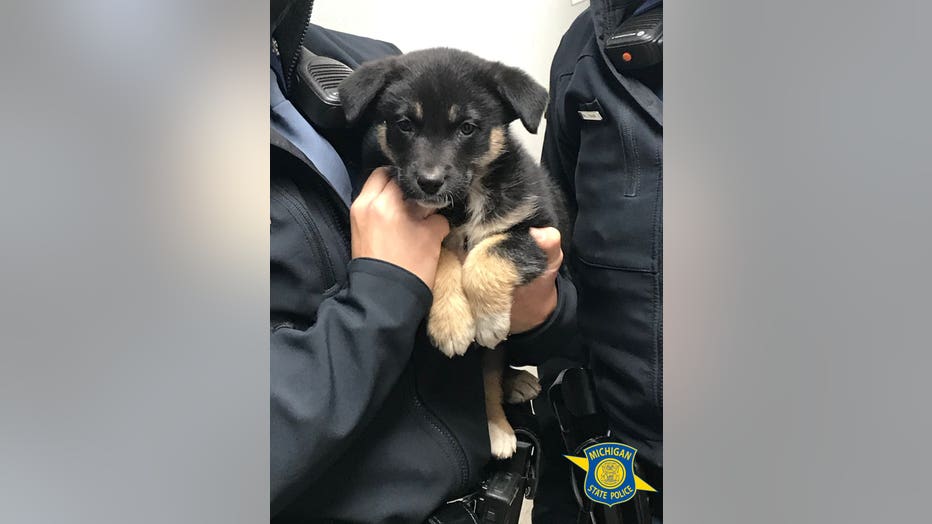