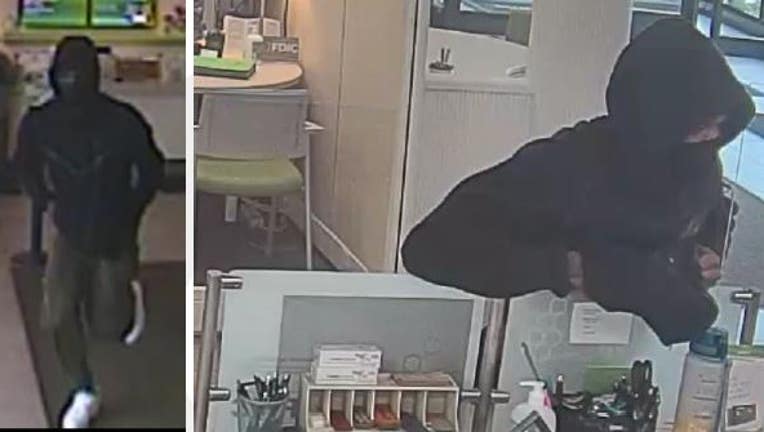 ROYAL OAK, Mich. (FOX 2) - Royal Oak police are looking for a suspect who robbed a Huntington Bank on Tuesday.

The suspect entered the bank at 4609 Crooks at 4:41 p.m., implied he had a weapon under his jacket, and demanded money.

He got an undisclosed amount of cash and fled. Police believe he got into a vehicle after a K-9 tracked his path to a nearby street.

The suspect is described as a Black man standing about 5 feet, 10 inches, and weighing about 120-130 pounds. He was wearing a black jacket with a  hood over his head, a black mask over his face, olive green sweatpants, and white gym shoes. He may have tattoos on his wrists.