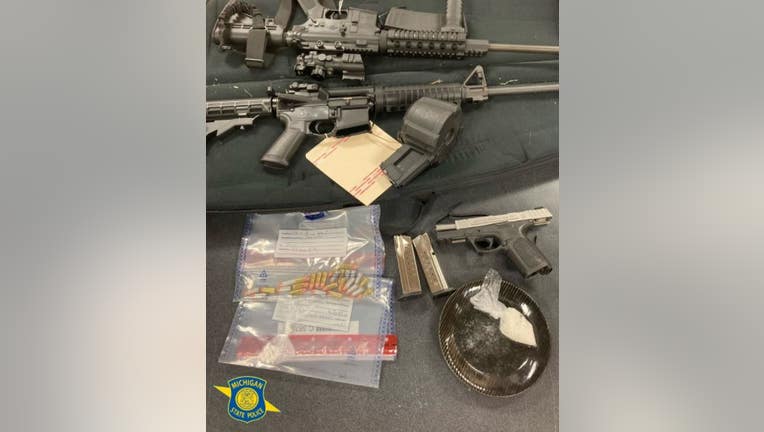 First, Michigan State Police troopers and Southwest Enforcement Team (SWET) executed a search warrant in the 2600 block of North US 31 Hwy in Niles Township as part of a methamphetamine distribution investigation. Police found crystal meth and suspected heroin, as well as evidence the drugs were being distributed.

Police arrested a 51-year-old man who is on parole out of Indiana for crystal meth delivery, evidence tampering and parole violations because he was illegally living in Michigan.

The second search warrant was executed at a home in the 100 block of Clardelle Avenue in Benton Township after receiving tips. Police also gathered information through traffic stops and road patrols.

Police found more than 30 grams of crack cocaine, as well as a pistol and two rifles. One of the rifles was stolen.