For the second time Thursday night, Detroit police were shot at by suspects - this time during a chase that began on the southwest side.

DEARBORN, Mich. (FOX 2) - Three suspects are in custody after a chase that involved a scout car being hit by gunfire Thursday night.

No officers were injured according to Detroit police, which said that the pursuit of a black Dodge Ram pickup truck that began in the location of Liddesdale near Gilroy in southwest Detroit.

The chase ended at the Southfield freeway and Outer Drive, where the suspects fled on foot. It appears there was a crash that led to the foot pursuit.

A trail of debris remains on the northbound side of the freeway even after it was reopened.

One of the suspects was seen on camera being arrested and looked like a teenager.

It is the second incident where officers were shot at with an officer narrowly missed by a carjacking suspect who opened fire earlier tonight. 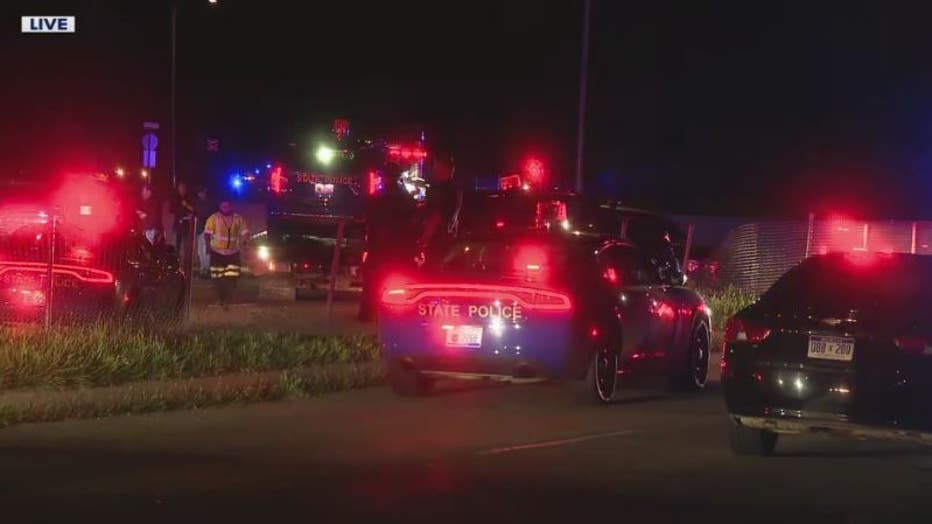