Clarence Dass, representing Andrzej Sikora, an Oakland County man who identified himself as the individual that owned the building where James and Jennifer Crumbley were found says there is no evidence supporting narrative he "knowingly aided and abetted or harbored a fugitive."

MONDAY NEWS HIT - The person believed to have offered a place for James and Jennifer Crumbley to hide after they were charged with involuntary manslaughter in the Oxford shooting incident has been identified as Andrzej Sikora.

Sikora, a resident of Oakland County, hasn't been charged with a crime, his attorney.

"Andrzej Sikora is very concerned that he's even roped into this, but I do believe when all the evidence has panned out and all the facts are sorted through, there's not going to be evidence that he knowingly aided and abetted or harbored a fugitive," said Attorney Clarence Dass.

Both Sheriff Michael Bouchard and Detroit Police Chief James White have previously said the individual who opened the door for the couple could face charges.

"They didn't break in. Somebody let them in," White said of the Crumbleys early Saturday. "We don't know the relationship yet. That's active. That person could face charges."

Police plan to interview Sikora Monday afternoon as part of their investigation into the Crumbleys and his involvement in their temporary disappearance Friday. "We will vigorously investigate the totality of the situation so a determination can be made if there is any criminality or obstruction of justice involved," Sheriff Michael Bouchard said. "Our findings will be presented to the prosecutor."

According to a release from Clarence Dass, the attorney that has been retained by Sikora, he "voluntarily contacted" police after learning of the Crumbley's arrest on Dec. 4.

"He maintains his innocence throughout this process and is fully cooperating with law enforcement to assist in their investigation."

Sikora, 65, is an immigrant from Poland and a Metro Detroit-based artist.

On Dec. 3, both James and Jennifer Crumbley were each charged with four counts of involuntary manslaughter over their "egregious" conduct regarding their son Ethan, the Oakland County prosecutor said. She announced the reason for the parents being charged during a press conference.

But when police went to arrest the two, they weren't at their home. What followed was an hours long manhunt for them before they were discovered in the basement of an art studio on Bellevue Street. Police located them after a tip came in.

A Detroit-area prosecutor has charged seven juveniles in separate incidents recently for making threats against schools or having a weapon in school.

The charges, issued Thursday and Friday, follow a school shooting at Oxford High School earlier in the week which left four students dead and six other students and a teacher wounded.

"There is a stranglehold on Southeastern Michigan now," Wayne County Prosecutor Kym Worthy said in a news release. "School threats naturally put everyone on edge.

Those charged include a 14-year-old male student at Parcells Middle School in Grosse Pointe Woods, who was charged with a false report or threat of terrorism. Also, a 13-year-old male student at Fisher Magnet Upper Academy in Detroit, was charged with possession of a weapon in a school weapon free zone. He was given bond of $5,000 cash with 10% down and was due in court Dec. 13. "Thankfully, these matters were all thwarted and no one was harmed," Worthy said.

The Michigan Attorney General has extended an offer to serve as the third-party reviewer of the Oxford High School mass shooting incident that occurred last week. The superintendent said in a letter this weekend that he had asked for an independent probe into the actions that culminated in the violence.

"I think if people really want to trust this investigation and know that it is comprehensive and to know we've covered all the bases in terms of making a determination of what lead up to the shooting and what happened during it and how we can best make sure this never happens again," said Attorney General Dana Nessel. "It really should be our department that's handling this."

She said her department's statewide jurisdiction would allow for subpoenas and warrants to be sent. "We provide a wide-ranging report where we try to find out how this happened, why this happened, and what we need to do to make sure this doesn't happen again."

Attorney General Dana Nessel has offered her office's services to aid in a requested third-party investigation into the Oxford High School shooting. The school has not yet responded.

Over the weekend, Superintendent Tim Throne doubled down that no disciplinary action was warranted prior to Ethan Crumbley opening fire on students.

The Kennedy Center Honors is returning to tradition this year. The lifetime achievement awards for artistic excellence were presented Sunday night in a gala at the Kennedy Center's main opera house after the coronavirus pandemic forced delays and major changes to last year's plans.

This year's event also represents a return to political normalcy, with President Joe Biden and first lady Jill Biden attending. The Democrat is the first president to be at the Kennedy Center Honors since 2016. 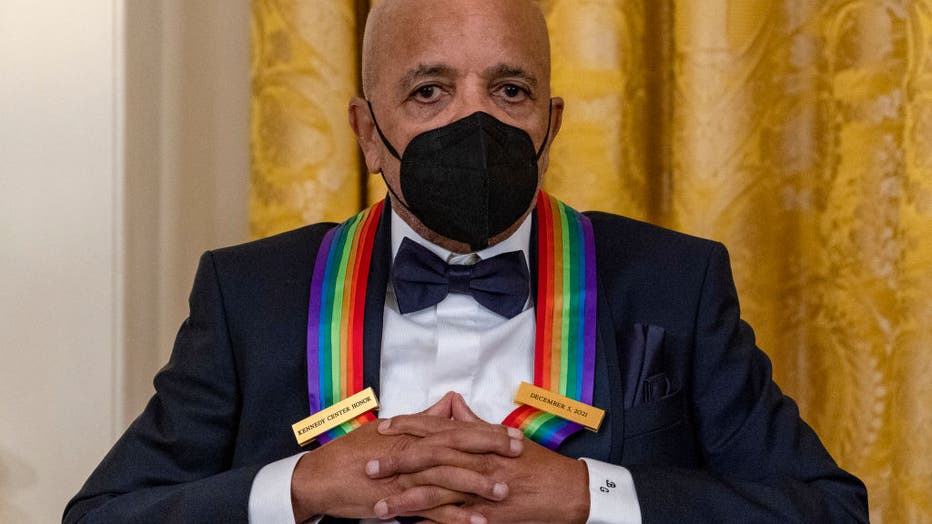 President Donald Trump and first lady Melania Trump skipped the show the first three years he was in office after several of the artists honored in 2017, his first year in office, threatened to boycott a White House reception if the Republican participated.

Less than 24 hours after the tragic shooting, members of the community came together to brainstorm aid efforts. Oxford Strong Community is a constantly updated Google Doc full of resources for people that want to help the community.

Members of the community and local businesses stepped in to support. Sick Pizza sold pizzas from Thursday to Sunday. With over 2,000 pizzas sold, they were able to raise nearly $82,000.

HomeGrown Brewing Company held an event called Beers for Here from 11a.m. to 9p.m. on Sunday with 100% of beer sales going to the families' funds. Green Hippo Gifts is selling Oxford Strong ornaments than can be delivered to the families as they remain at home.

Less than 24 hours after the tragic shooting, members of the community came together to brainstorm. Oxford Strong Community is a constantly updated Google Doc full of resources for people that want to help the community.

Common Denominator Coffee + Community is offering free drinks to Oxford High School students while offering a safe place to gather for as long as needed. These are just a few examples of how the community has stepped in to help with the healing. The Oxford Strong Community document highlights more ways to help.

Gusty conditions with a chance of rain-snow showers is on the docket for Michigan's weather forecast Monday. Wind chill conditions could fall into the teens for part of Southeast Michigan by the afternoon. 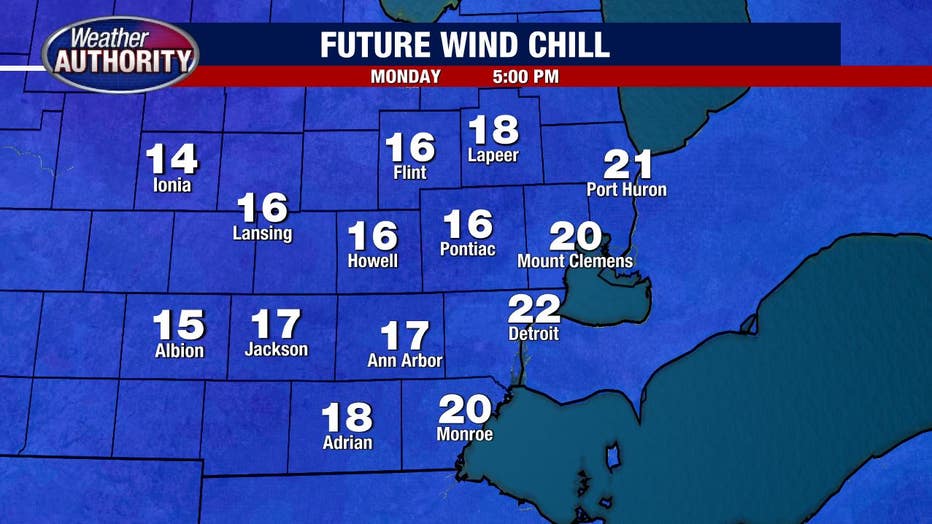 Omicron variant may be less dangerous than delta, US health officials say

U.S. health officials said Sunday that while the omicron variant of the coronavirus is rapidly spreading throughout the country, early indications suggest it may be less dangerous than delta, which continues to drive a surge of hospitalizations.

Reports from South Africa, where it emerged and is becoming the dominant strain, suggest that hospitalization rates have not increased alarmingly.

"Thus far, it does not look like there’s a great degree of severity to it," Fauci said. "But we have really got to be careful before we make any determinations that it is less severe or it really doesn’t cause any severe illness, comparable to delta."

Fauci said the Biden administration is considering lifting travel restrictions against noncitizens entering the United States from several African countries. They were imposed as the omicron variant exploded in the region, but U.N. Secretary-General Antonio Guterres has blasted such measures as "travel apartheid."