The seeming breakdown in communication over this "ground shift" in Southwest Detroit motivated, in part, the Community Benefits Coalition to demand the city evacuate residential areas near Fort between Dearborn and Woodmere streets.

DETROIT (FOX 2) - Officials still have no answers yet in the mysterious road buckling impacted area of Southwest Detroit. The road has cracked and risen several feet in the air, causing a dispensary to be demolished.

Now some residents and elected officials say Detroit should evacuate the area out of an abundance of caution. They say a resource center should be set up there and the city needs to set up better lines of communication so people live here are up to date on what's going on here.

FOX 2: "Do you feel like they’re doing a good enough job keeping you guys informed and letting you know what’s going on there if you’re safe?"

"We haven’t heard anything from nobody. Nothing," said CJ Fields, resident.

And that seeming breakdown in communication over this "ground shift" in Southwest Detroit motivated, in part, the Community Benefits Coalition to demand the city evacuate residential areas near Fort between Dearborn and Woodmere streets.

"Everyone we've spoken to from EGLE to the EPA says they've never seen anything like this in their 20, 30-year careers. And that, in and of itself, should cause folks alarm," said Raquel Castaneda-Lopez, Detroit City Council.

Lopez, along with other elected officials, has added her voices to the call for evacuations.

Garry Buchannan lives nearby and says at one point there was a river of gasoline running the width of the street. 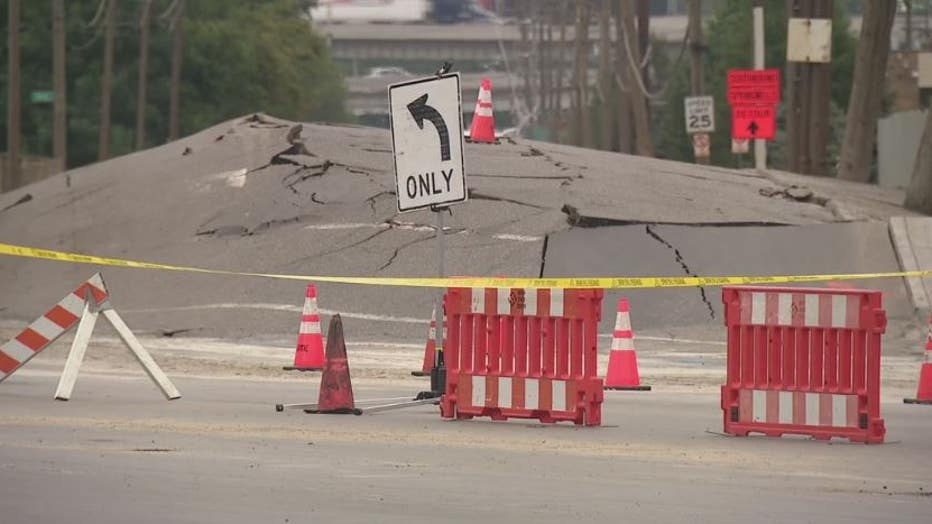 "I feel like in that instance, there at that moment, is when there should’ve been an evacuation at least to get off the street till they knew what was going on," said Buchannan. "It would’ve been like a scene out of a horror story if someone so much as dropped a cigarette in there."

The city says gas and other utilities have been cut and re-routed, but there are no residents without water or power.

Furthermore, there’s no longer a gas leak since the line damaged by that heaving concrete was repaired.

The city says are no health or safety issues that would make an evacuation necessary.

"We’re getting polite lies for just certain things, they’re trying to humor us," said resident Bernard Juozapaitis. "They’re very polite about it. when they say one thing, something else happens."

"There is no evacuation plan that the community can look to," said Wayne County Commissioner Ilona Varga. "'Where do I go? What do I do? Where do I gather for more information?'"

"We’re very concerned that we’re not taking the precautions," said Congresswoman Rashida Tlaib (D-Detroit). "It’s like we’re waiting for a disaster to happen." 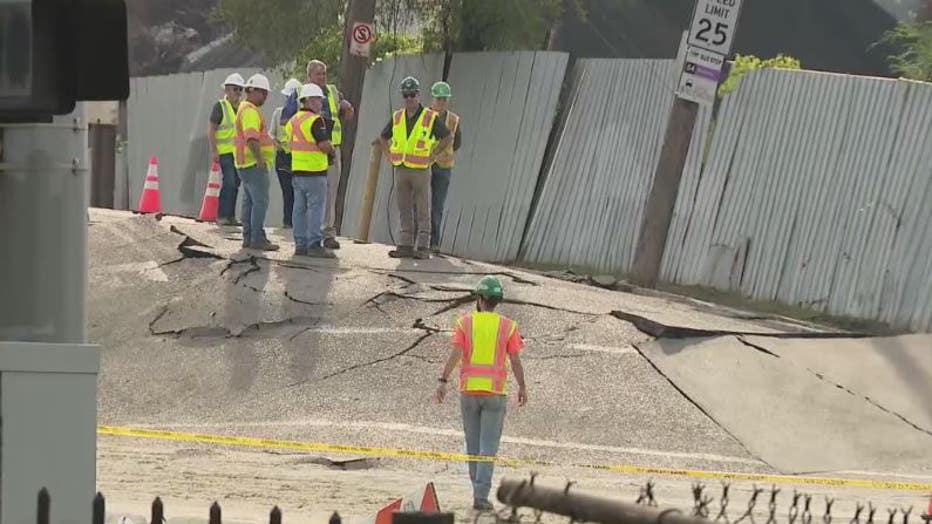 "The big difference is to compare this to what happened in Flat Rock, right?" said State Sen. Adam Hollier (D). "In Flat Rock there was something mysterious (underground gas leak) and people didn't know what was going on. And they immediately evacuated everybody. And that’s not what you’ve seen here."

Congresswoman Tlaib expressed some concerns about another area of ground there collapsing. The city says there has been no observable change in the ground last few days.

Crews are still analyzing soil samples before they begin excavations next week.