FOX 2 - Many of the guns rented out by a Pontiac man have been used for crimes, according to the ATF.

"This isn’t the old Blockbuster. You can’t just rent a gun use it for a few days and put it in the bin after you are done with it," said ATF Special Agent in Charge Paul Vanderplow.

But according to the federal complaint - that's exactly how Bryce Cato of Pontiac treated it. He would often use credit cards to purchase guns online and have them shipped, or buy locally.

Cato would allegedly rent firearms for a fee. That was his business, and when the person didn't return the gun - the price went up.

Vanderplow says the scheme started to unravel when Bryce Cato allegedly used a stolen credit card to purchase the weapon without a legal right.

"It’s a crime that impacts every facet of business in the US," Vanderplow said. "Unfortunately this crime has a lot more severe consequences."

First, by creating a very large loophole for criminals who are able to bypass a background check and other safeguards to get their hands on dangerous weapons.

In fact the complaint says that several of the firearms Cato bought and rented out were used in several crimes. Oakland County investigators with the sheriff's office were able to recover three of the guns at three separate shootings.

ATF agents searched Cato's Pontiac apartment on Circle Drive - arresting Cato and his girlfriend, who we are told helped buy the guns.

They found seven Michigan pistol sales receipts from places like Motor City Gun Works in Keego Harbor and  Main Street Pawn in Pontiac - all purchased by Cato, but no weapons.

So where did they get the money to buy all of these guns? On top of the rental fees, Vanderplow says Cato would hack into internet sites, purchase social security personal information, and use it to steal money designated for the unemployed in California.

"They took those public dollars turned them into something egregious, utilizing a stolen credit card," he said. "And then put in the community where they can do damage – it’s abhorrent." 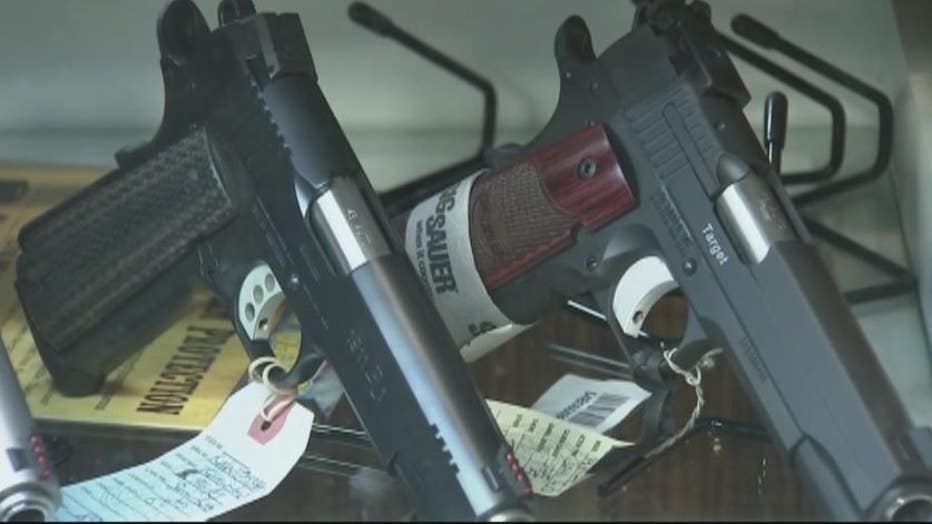