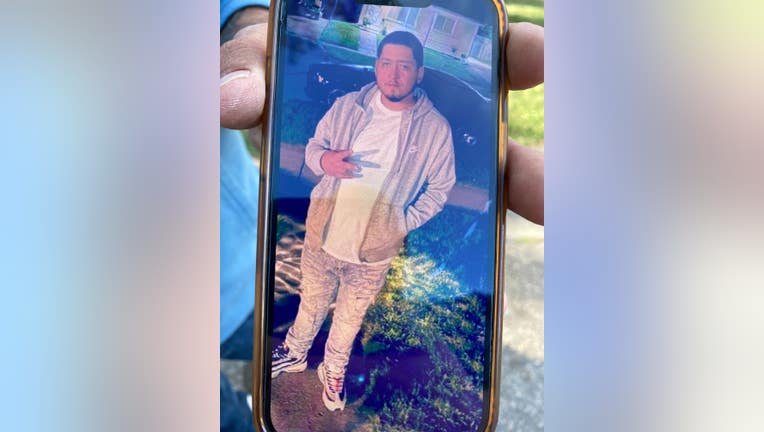 PONTIAC, Mich. (FOX 2) - Oakland County Sheriff's deputies are investigating the murder of a Pontiac man who was found with a gunshot wound Monday.

As the community held a vigil for Guillermo Rosado, who was gunned down on his birthday, his family pleaded for help in finding the people that shot him.

"He wasn't trying to cause any trouble to anybody. I don't understand why this happened," said Kathleen Pena, his Rosado's mother.

According to police, the Waterford Regional Fire Department was dispatched to the 200 block of High Street in Pontiac after receiving a report of a man being shot. It happened in around 1:46 a.m. on Oct. 4.

When police arrived, they found the 26-year-old slumped over the center console of his vehicle. Attempts at reviving Rosado were unsuccessful. An autopsy has been scheduled.

Dozens of people showed up with candles and balloons Monday evening to say goodbye to the victim. His dad said they heard the news over the phone.

"We got a call he'd been shot in his own truck - in his own car in his own yard. I hope that they find these people," he said.

MORE: Detroit dog found buried alive in 'one of the saddest abuse cases'

Detectives and the Sheriff’s Office Forensic Science Laboratory are actively investigating the case. Anyone with information about the incident should call Crime Stoppers at 1-800-SPEAK UP.

Crime Stoppers pays a reward of up to $2,000 for information leading to an arrest. Tipsters remain anonymous.