PONTIAC, Mich. (FOX 2) - A deadline is looming in Pontiac for the city to repair the Phoenix Center Parking Garage and Amphitheatre.

Built in the 1980s, the Phoenix Center was the gateway to Pontiac. It's a parking lot and a concert venue and the owners of the two Ottawa Towers have a legal right to a safe parking lot maintained by the city.

A deadline is looming in Pontiac for the city to repair the Phoenix Center parking garage and amphitheatre.

But over the years only a small part of the parking lot can safely be used. And the cost to the city of Pontiac to fix it?

"In 2018 we had two years to finance that. But different elements in council haven't come to that decision so that's not gonna happen by November 1," she said. 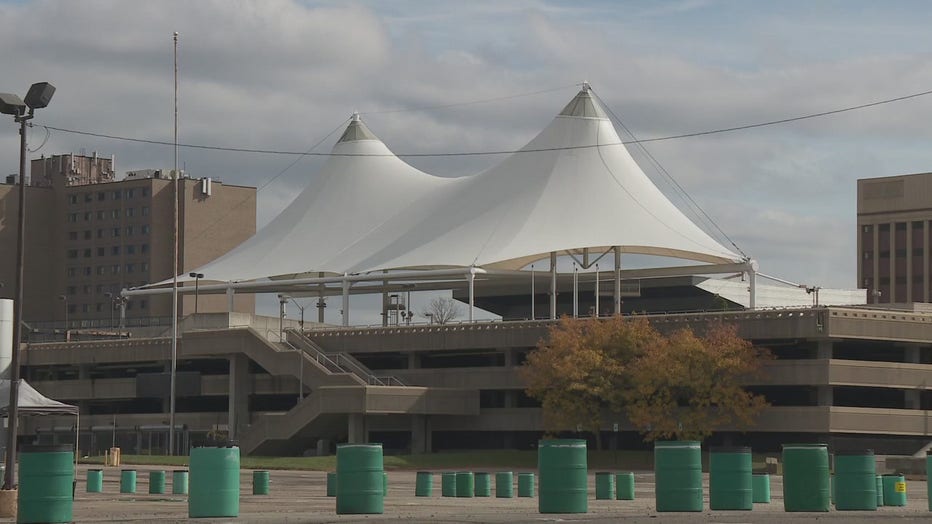 Also, the city of Pontiac just got out of receivership a couple of years ago and Waterman says there's a risk the city could go into bankruptcy if there's a default.

Meanwhile, Waterman says a lot of potential developers have their eye on the property.

The Pontiac City Council will meet in closed session Tuesday night to discuss various options, including a mediation at the end of the month before that November 1 deadline.