WARREN, Mich. (WJBK) - Just take a drive in Michigan and you're pretty much guaranteed to come across potholes. Dodging them is almost impossible right now, no matter where you live.

Jim Harrison is mad. So many swear words, we can't put it into a quote - after all, he just blew four tires on a huge pothole coming off I-696 at Van Dyke.

"I hit it so hard the front window snapped," he said.

He's not alone. AAA says Thursday that tire service calls across the state are 32-percent higher than this time last year.

"They're making a killing and we're draining our pockets. No offense to these guys - they're doing their job," Tim Shoemaker said.

The big pothole on Van Dyke is just waiting to cause some major damage.

"Look you can see the steel moving in there when you go over it," Shoemaker said.

He stopped to snap a pic of the massive pit to warn his 87-year-old mother.

Patching crews arrived a little bit later and filled it up - along with some problem spots across I-696, I-75 and US-23.

Meanwhile, at Hertz, they're running out of rental cars and at Regal Tire in Warren, they have a hubcap memorial growing with at least 30  stacked up - all from a pothole that was at Mound Road and 10 Mile. It's been patched but others have not.

"I blew out my tire at 14 mile and van dyke. Belle tire had 42 cars ahead of me," Daniel Karas said. 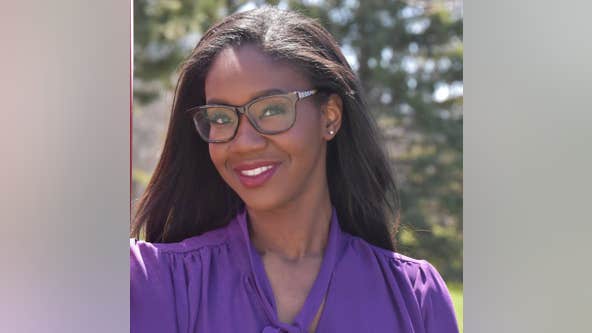