DETROIT (FOX 2) - Two women motorcyclists were involved in a serious crash overnight in Detroit, killing one of them. The other is in the hospital in critical condition right now.

Detroit police say the two women, ages 53 and 46, were on separate motorcycles stopped in the road in the 14900 block of Schaefer when they were rear-ended.

1 woman killed, another critically hurt in motorcycle crash on Detroit’s west side

One woman was killed and another was critically hurt early Tuesday morning in a motorcycle crash on Schaefer in Detroit.

"This is where it happened. I have to soak it in, see she's really gone." He had to see the scene in person. He does not want to be identified but tells FOX 2 his stepmother, Verlynda Winston, was killed.

"I'm devastated. My heart is broken."

Verlynda worked as a probation officer and had discovered a passion for motorcycles.

"She got into that a couple of years ago and joined a bike club. She really was into it. They loved her over there."

Winston and the other rider were hit by a 25-year-old man driving a silver Chevy Impala just before 1 a.m. Tuesday. The other rider is hospitalized in critical condition.

"As they are pulling out the Impala is speeding down the street, crashes right into them," said Shaketta Hailey. She lives nearby and heard the commotion.

The suspect was taken into custody and investigators are calling on all witnesses to speak up and call police. 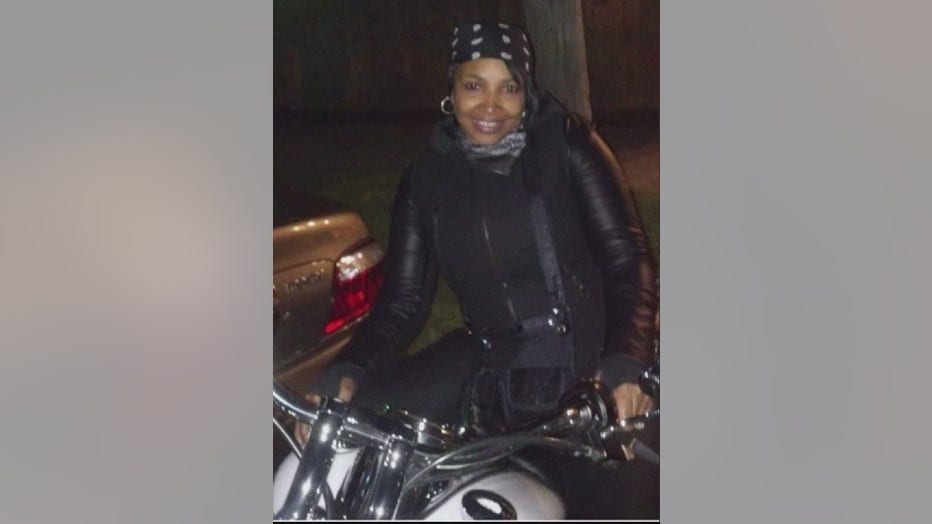 As Verlynda’s stepson tries to process this tragedy, he finds comfort in how his stepmother impacted his life.

"She took me in and did everything for me to make sure I had a future," he said. "She made sure I went to college; I'm a college graduate. Me and my stepbrother and her son."

"I will continue to make a lot of right decisions, make her proud."