FOX 2 - It's an anti-crime tactic made popular by the Detroit Police Department. But now the cities of Ecorse and Highland Park are using that inspiration with cameras and technology to drive out crime.

The businesses pay for installing the cameras, but thanks to grant money received by Ecorse and Highland Park, Project Blue Light locations for now will not have to pay for any additional expenses.

It's called Project Blue Light, a recently launched initiative that installs real-time cameras at a Blue Light location. The police departments can review that video from police headquarters, respond to criminal activity and help identify suspects.

"It's no different than a security guard looking at monitors at a private business," said Charles Lackey director of information and technology for Highland Park. "But in this case you have law enforcement that can look, see, respond "

In Highland Park the program partners with local businesses like a dry cleaner.

"We had a couple of incidents where citizens were being taken advantage of we don't have that problem anymore,"
Shamicka Kelley from Garment Specialist, Sunrise Cleaners.

"This is a deterrent. You see this, and they know you have to go to another spot," said Highland Park Mayor Hubert Yopp.

In Ecorse, Project Blue Light will reach deep into its community and not just at places of business.

For smaller cities like Highland Park and Ecorse, Project Blue Light helps to fight crime on a tight budget.

"We don't have resources we should have, therefore we are using technology," Thomas said.

And officials say it's working.

"A shoplifter from the gas station right there, and they gave a description of the shoplifter and we were able to review camera and apprehend him," said Highland Park Police Chief Kevin Coney. 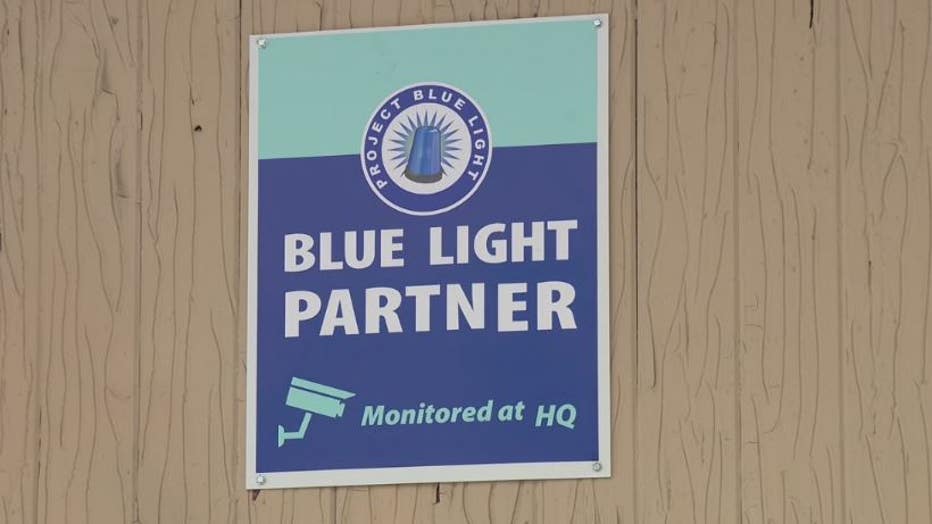 "One of them involved a drug deal," Thomas said.

The businesses pay for installing the cameras, but thanks to grant money received by Ecorse and Highland Park, Project Blue Light locations, for now, will not have to pay for any additional expenses.

Detroit's Project Green Light served as an inspiration for the program.

"They had the first kind of initiative of getting this done and we learned a lot from it," said Lackey.

And for those who believe these flashing blue and green lights are a sign that Big Brother is over-extending his reach - Thomas disagrees.

"If you're not a bad guy you don't have to be afraid of them," Thomas said.