Murdered deputy was talking to suspects before death, prosecutors say

Wayne County Sheriff's Deputy Devante Jones was shot and killed last year. Prosecutors say he was texting the men accused of murdering him before he was killed.

DETROIT (FOX 2) - Wayne County Sheriff's Deputy Devante Jones was texting the men accused of murdering him hours and minutes before his death, according to the prosecutor's office.

Malikk Williams, 22, Gregory Freeman, 19, Christion White, 22, and Kevin White, 27, were all charged in connection to the Sept. 20, 2021, murder of Jones as he dropped someone off early that morning at the Diggs Projects on East Forest Ave.

Jones, 23, was shot multiple times in the parking lot of the projects around 4:15 a.m, a few hours after ending his shift at the Wayne County Jail. 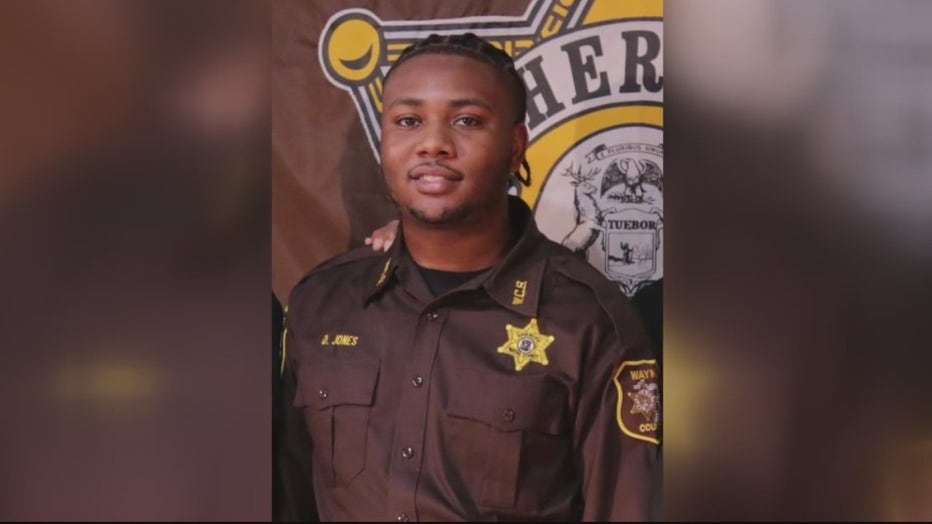 During a hearing Thursday, a homicide detective read text messages that prosecutors say were exchanged between Jones and the suspects.

"We had to leave to get guns and guns was out there," a text from Jones read.

One of the suspects allegedly replied, "Man talk is cheap (expletive) feel one of you stop right now. I got an AR and a Mag for you right now."

Officials said Jones was texting with the suspects throughout the night of Sept. 19, 2021, and into the morning of Sept. 20, 2021, when he was killed.

"Pull up, show me something, show us you in route or something," a text from one of the suspects said.

Jones replied, "You ain't saving (expletive). Stop flapping your gums cause I'm not a hoeo."

He was killed shortly after that message.