(FOX 2) - A man sent to prison for life for murder as a juvenile was in court Friday with a chance to have his sentence reduced, as prosecution explained why he should stay behind bars while a psychologist argues he's been rehabilitated.

Warning: The information in this article and images in the video below can be considered graphic.

A man sent to prison for life for murder as a juvenile was in court Friday with a chance to have his sentence reduced, as prosecutors argued why he should stay behind bars and psychologists say he's been rehabilitated.

In 1992, 44-year-old Agustine Pena was sentenced to life without parole in for the gruesome stabbing and beheading of teenage runaway Stephanie Dubay in Warren in 1990. His 21-year-old cousin Jaime Rodriquez also serving a life sentence for the crime.

RELATED: Convicted 30 years ago, man sentenced to life in teen's gruesome murder up for parole

But because Pena was 15 at the time, a juvenile, the Supreme Court has ruled he and other juvenile lifers should have their sentenced reviewed. That means Pena could go free.

The 15-year-old girl was stabbed 10 times, her right index finger was cut off, and her tongue and spleen were removed. Her head was carefully detached, skinned and put into a freezer. It was shown to two girls who told the police. Officers discovered five bags of body parts buried in the backyard and stuffed in a car in the garage. Because of the seriousness of the crime, Pena was tried as an adult. He was convicted on first-degree murder charges and sentenced to life in prison.

Cataldo asked a judge to keep Pena behind bars, but there was testimony given on Friday urging that he's been rehabilitated.

"This happened when he was 15 years old. That's not representative of adult behavior. As an adult, he obviously is very different," said forensic psychologist, Dr. Michael Abramsky.

Abramsky evaluated Pena back in 1992 and determined he had major problems with socialization and impulse control. He recommended Pena be sentenced as an adult but hoped that one day he would be eligible for parole. Abramsky said Pena was heavily influenced by his cousin Jaime Rodriquez. The psychologist called Rodriquez the most dangerous person he'd ever evaluated.

"He was the kind of person that I thought if I said the wrong thing would jump over the table and murder me and have no qualms about it whatsoever. He killed this young woman because she got on his nerves," he said.

That young woman, Stephanie Dubay of Mount Clemens, was just 15 years old when she was murdered.

"That's a really dark place to do what he did. Tell me, tell this court and tell the public that it's not going to happen again because it's solved - it's gone," Cataldo said.

The prosecutor was not convinced Pena is no longer a danger, but the expert witness for the defense was adamant that Pena had problems as a youth but has been a model prisoner for the last 20 years. He works in the prison's Braille program, transcribing textbooks for blind children. He would have a job and a place to stay with his mother should he be sentenced to time served and paroled.

"I think he would be a very good candidate before the parole board. I think the parole board would look at him in terms of his risk factor - in terms of being a low-risk offender," said Richard Stapleton, who is retired from the Michigan Department of Corrections. 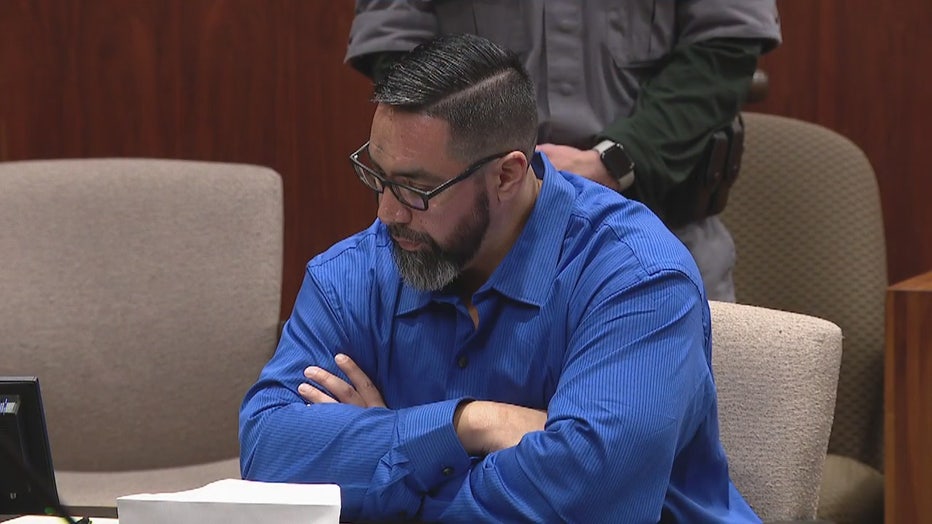 A man sent to prison for life for murder as a juvenile was in court Friday with a chance to have his sentence reduced, as prosecutors argued why he should stay behind bars and psychologists say he's been rehabilitated.

"Despite the punitive aspects of prison I mean, it changed him as a person in a positive kind of way," Abramsky said.

FOX 2 spoke with Stephanie Dubay's mother. She said she's not ready to go on camera but said she will speak at Pena's resentencing.