RAY TOWNSHIP, Mich. - The last time Joseph Jaye had made an appearance on FOX 2, it was because of his $10,000 black walnut tree.

The 50-year-old was told how much money he could make from the wood and decided the frontline workers in Michigan's hospitals could use funds.

"I got to thinking 'you know, the frontline workers are doing such a good job putting their lives and their safety on the line, I think that they deserve to be rewarded," Jaye said back in a segment in May.

Then on Monday, the Ray Township man was riding his bike late at night when he was hit by a vehicle traveling on Romeo Plank Road, just south of 27 Mile.

"It's a very tragic situation here, where an individual was just riding the bicycle and was heading home and was struck late at night," said Macomb Sheriff Anthony Wickersham, "and the individual knew they hit something but they kept on going."

Pedestrian cyclist killed in Ray Township had a charitable history

Joseph Jaye, the man killed in a hit-and-run Monday had previously been featured in a FOX 2 segment when he was planning on chopping a tree down and selling the wood. The money he would earn would be donated to front-line workers.

The suspected diver was located on Wednesday after a member of the community spoke up.

"We got a tip and our detectives jumped right on it and within about two hours of that tip, we had the individual, we had the car. There was evidence of pieces of the vehicle at the scene (that) matched right up to our suspect's car," Wickersham said.

Police are now holding the man in the Macomb County jail. Charges are expected Thursday.

Jaye was struck Monday night, but his body wasn't discovered until the next morning, laying in a residential yard.

Back in May, FOX 2 spoke to the charitable man from northern Macomb County after he had spoken with a furniture maker.

RELATED: Ray Township man to donate proceeds from black walnut tree worth $10,000 he plans to cut down

"And when he looked at the tree, he told me the tree was worth over $10,000," Jaye said. "From my understanding, the black walnut trees take a long time to grow and it's a very rare species of wood."

"I could do it myself, but I think it would be a good idea just because of the size of the tree that I had some help. Just in case the tree fell the wrong direction and I wouldn't want anyone's safety to be jeopardy, including my own," he added. 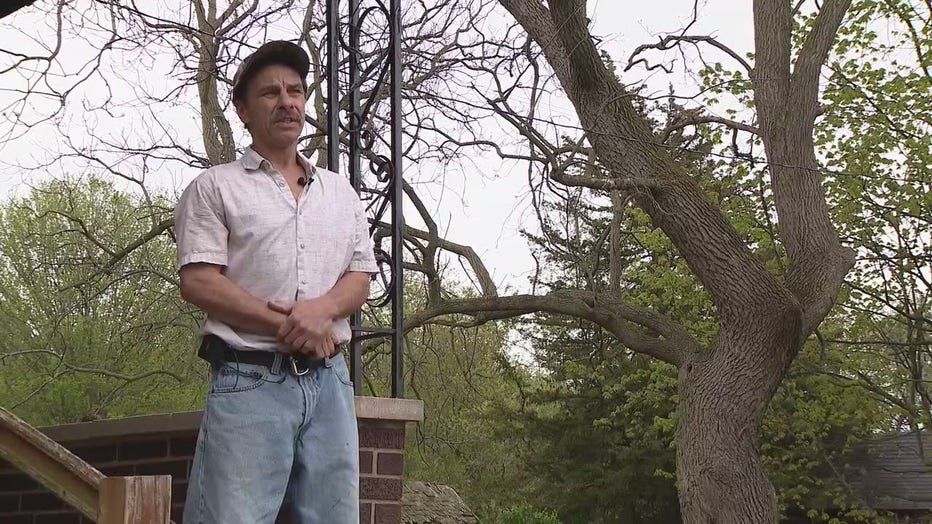 Before he was killed in a hit-and-run, Joseph Jaye had plans of chopping down a tree in his backyard worth $10,000 and donating the proceeds to front line workers.

That money was going to be donated to hospitals in need of PPE.

According to the department of transportation, as of Sept. 22, 730 people have died in traffic accidents this year.