The standout recording artist and producer has a charity that helps deliver the holidays to families in need.

DETROIT (FOX 2) - Despite the records and awards on display in the Electrifyin Filthy Rockwell’s office, this Detroit recording artist hasn't forgotten his humble beginnings.

"When I was younger sometimes I didn’t get a gift or didn’t the gift I wanted," said Rockwell.

Four years ago, he and a modest crew of volunteers decided to spread as much Christmas cheer as they possibly could.

"We wrapped the gifts and went door-to-door and that’s how it all started," he said. "But the experience from doing it the first time is what changed everything."

It is a tradition he’s carried on since then, through his 501c3 "Filthy Cares." They deliver wrapped presents and so much more.

"It wasn’t Christmas in some of these houses," he said. "Some of the families needed food. So it became a necessity."

"You can just come and help us wrap gifts - it’s a community effort," he said.

Then on Christmas day, those gifts will be handed out.

"We just try to pick a place that we can surprise them," he said.

Boxes will be filled with hundreds of gifts for kids but it’s not too late for you to get involved visit filthycares.org to donate or volunteer.

Filthy Rockwell says those boxes can be found at businesses throughout Detroit as well at his office.

For more information on Filthy Cares, tap here for the website. 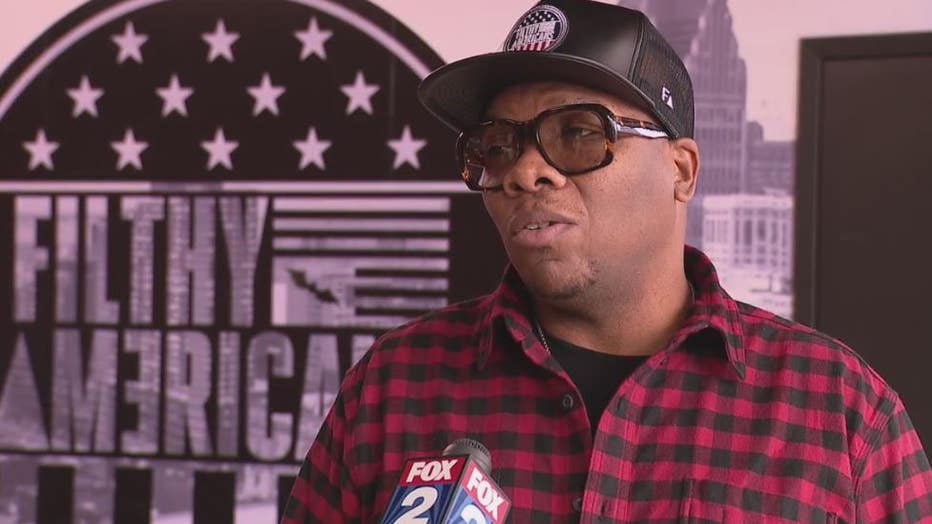