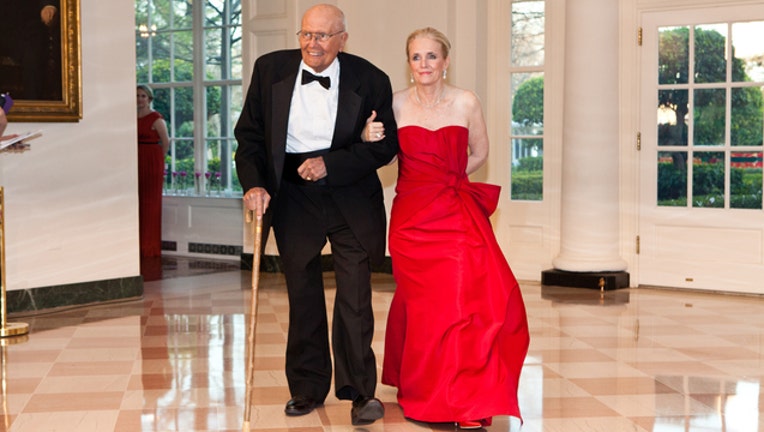 Then Rep. John Dingell and Debbie Dingell arrive for a State Dinner in honor of British Prime Minister David Cameron at the White House on March 14, 2012 in Washington, DC. (Photo by Brendan Hoffman/Getty Images)

DETROIT (FOX 2) - Representative Debbie Dingell missed Tuesday's State of the Union in Washington so she could stay home with her husband, John Dingell, as they enter what she calls a "new phase".

A source close to the situation told The Associated Press that John Dingell is now receiving hospice care.

Debbie Dingell (D-Mich) was notably absent from Tuesday night's State of the Union address. She sent out a statement Wednesday morning explaining she would have otherwise been attendance but she had to be home with her husband.

She added a reply to her tweet, saying she "will be taking each day as it comes. We thank people for their friendship and support and ask for prayers and privacy during this difficult time."

The exact nature of John's condition is not known.

He was hospitalized in September after suffering a heart attack but was able to return home not long after. Rep. Dingell called her husband feisty during that hospital stay.

John Dingell served in Congress longer than anyone in United States history.  The Democrat was first sworn in as a member of the House in 1955, taking over the seat his father John Dingell, Sr. held, for more than two decades. His wife, Debbie, currently holds his seat.