LANSING, Mich. - Michigan House Speaker Lee Chatfield on Wednesday slapped down calls by some Republican lawmakers for Gov. Gretchen Whitmer’s impeachment for her actions mitigating the spread of COVID-19.

Chatfield, a Levering Republican, called the effort by Milford Township Republican Rep. Matt Maddock a distraction from what needs to be done in the state.

Maddock began the talk of impeaching Whitmer after health director Robert Gordon implemented the three-week shut down of parts of Michigan’s economy in an effort to stem the accelerating spread of COVID-19. 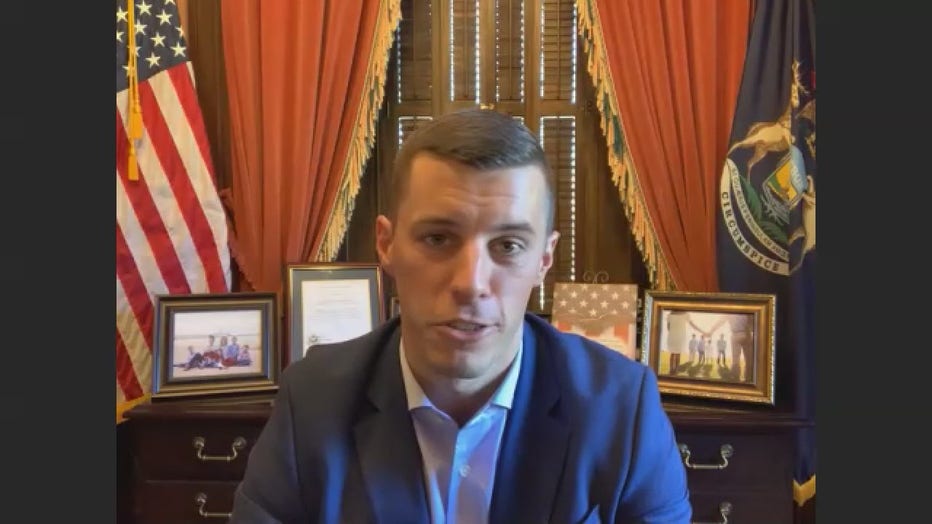 Maddock said Whitmer “crossed the line” on COVID-19 restrictions without legislative input. He said five Republican colleagues support his position, though he did not name them.

However, Chatfield said an effort to impeach Whitmer would lack merit and would be every bit as ``shameful” as the impeachment efforts against President Donald Trump.

“We’re not the party that impeaches someone because we’re upset with policies that they’ve enacted,” he said.

Chatfield and Senate Majority Leader Mike Shirkey, R-Clark Lake, criticized Whitmer for the partial shutdown of restaurants, bars, high schools and colleges, as well as limitations on gatherings. The people of Michigan deserve a seat at the decision table, Chatfield said in a statement Sunday.

Chatfield said House Republicans stand ready to act in a bipartisan way when Whitmer decides it is worth her time.