FOX 2 - Monday brought another blow to Michigan restaurants after owners like Joe Vicari whose restaurant group owns Andiamos and others learned the ban on indoor dining will be extended until December 20th to fight the COVID-19 spike in our state.

"I don't like it, I think it is terrible for the restaurants," Vicari said. "This is the holidays, the busiest time of the year, and we are shut down for basically the whole holiday season.

Monday brought another blow to Michigan restaurants after owners like Joe Vicari whose restaurant group owns Andiamos and others learned the ban on indoor dining will be extended until December 20th.

Vicari and the Michigan Restaurant and Lodging Association, which believes restaurants are being unfairly targeted during the pandemic partial shutdowns, tried to sue the health department to reverse the order, but they lost in federal court.

Vicari also tried to rally hundreds of restaurants to band together and open anyway, but after an online meeting, they learned of the thousands of dollars in fines they could face from state penalties and have their licenses suspended - and decided against it.

Vicari, who was forced to already lay off 700 employees, worries about what will happen the longer the ban on indoor dining continues.

About 2,000 Michigan restaurants have been forced to close and the restaurant association believes if this ban goes on any longer, 4,000 more could shut down for good.

At this point, Vicari is urging Governor Gretchen Whitmer to agree to a compromise so they can open their doors to customers before it is too late.

"Even if we have to change the rules a little bit, we'll reduce hours, or reduce 50 percent (occupancy) to 40 percent," he said. "Forty miles south in Toledo you can do to dinner. They are open, we are not - and it doesn't make sense." 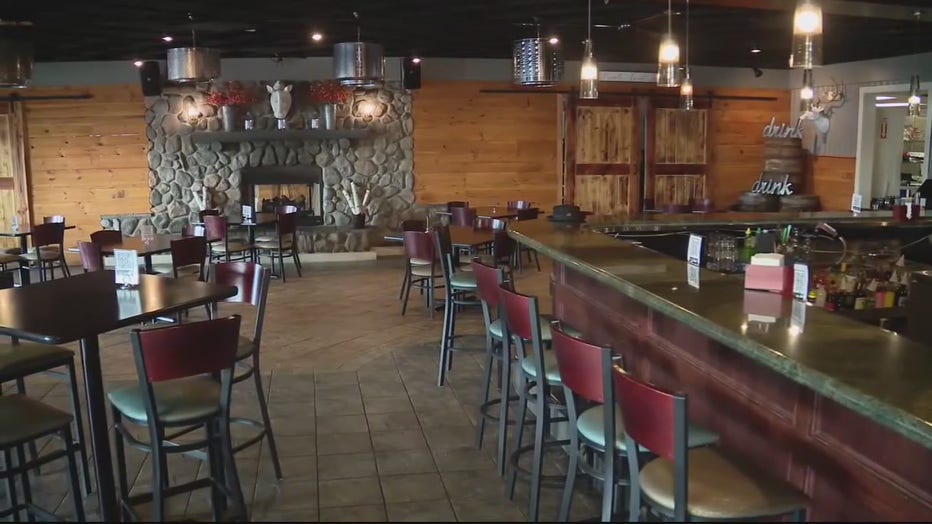