DETROIT (FOX 2) - After eight years as the city's top cop, the chief of the Detroit Police Department is leaving his post. Chief James Craig officially announced his retirement from the force this afternoon. The question now becomes who fills the very large shoes he leaves behind.

As for a replacement - the city's police board of commissioners will bring on an outside firm to gather a shortlist of candidates for police chief. Mayor Mike Duggan is bound by that shortlist and will select a replacement.

As for a replacement - the city's police board of commissioners will bring on an outside firm to gather a shortlist of candidates for police chief.

Mayor Mike Duggan is bound by that shortlist and will select a replacement. Then the Detroit City Council has to approve the decision. The process will likely take at least a few months.

For now, Duggan will decide on an interim chief.

"We still are dealing with a lot of violence as is every big city in the country," Duggan said. "This is not going to be a period of time where we tread water. I am expecting an interim chief to come in and be very aggressive in dealing with the gun violence."

After 44 years in policing, eight of them as Detroit's top cop, Craig is leaving his position on June 1st on his own terms, on good terms.

"As I always say the best part of my career has always been right here in the city of Detroit," Craig said Monday.

Duggan says he tried convincing Craig to stay up until Sunday night, crediting the chief with the department's comeback after tough times when he took over.

"Chief, I wanted to be here on behalf of the people of the city of Detroit, and say thank you for your service," said Duggan.

On the list of Craig's career highs - navigating the pandemic for his department and the more than 100 days of protests last year.

"We didn't retreat, the city did not burn, and we are a model for the country," Craig said.

The elephant in the room is Craig's potential run for governor as a Republican opposite Gretchen Whitmer.

"I have not made that decision," he said. "I'm not ruling it out, but there is an appropriate time, I will get past this, and then I will come out with a decision."

Craig says - expect a decision after his last day. For now, his focus is this. 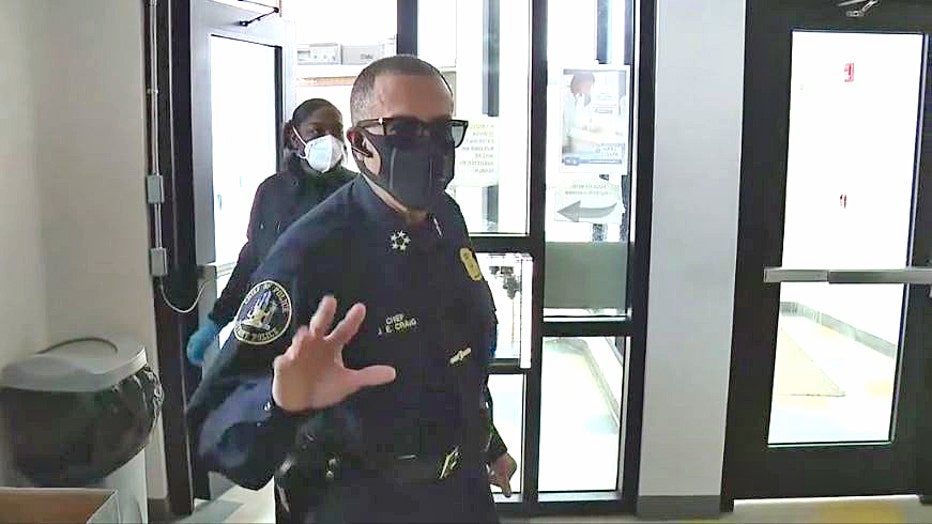 "What's daunting is the safety of my men and women," he said. "And that they are safe."