Rookie Police Officer Johnathan Garcia will never forget his first day on the job - because he'll probably never make an arrest like this one again. His first call was to a man pooping on the sidewalk in front of a church on Monday.

RIVERVIEW, Mich. (FOX 2) - For Riverview Police Officer Johnathan Garcia, his first day on the job will always be memorable after he responded to a man who was relieving himself on the sidewalk on a heavily traveled road.

It's a day that people in the area will likely remember for a long time. Garcia definitely won't forget it.

"I don’t think anyone will forget it," he said. "We got a call from a few passersby about a white male, in front of the church there on Pennsylvania. They said he was pooping right in front of the sign there."

The appalled neighbor snapped pictures of the man in action just off Pennsylvania Road around 10 a.m. on Monday just outside of the Riverview Church of Christ.

Garcia said the evidence was on the sidewalk when he arrived and it was obvious what it was.

Garcia and his training partner caught up to the man just down the street. According to Riverview Police Chief Ron Beggs, the man admitted to what happened and said he had to go.

"He did admit to defecating in public. He acknowledged that his actions were wrong but I guess the urge got the most of him and he was unable to find an accessible restroom right away," said Beggs.

According to the police chief, he's never seen a story quite like this but says this guy's description matches other reports from around the area. 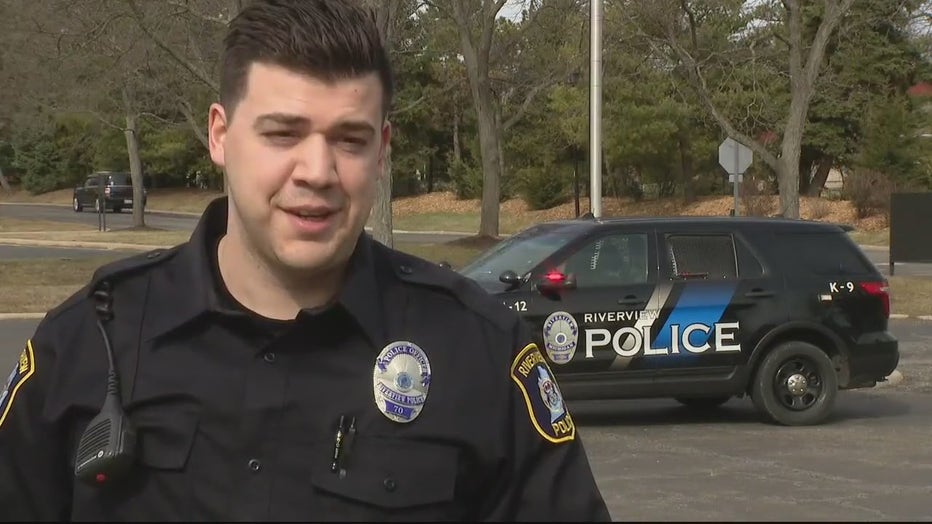 Johnathan Garcia's first call on his first day as a Riverview Police Officer will never be forgotten.

"Basic decency tells us we don’t do that in public or on a busy road, on private property, especially church property, there's something that seems inherently more wrong about doing it on church property," said Beggs.

The man was taken into custody and cited for disorderly conduct. He was then given a ride to a family member's home and police believe mental illness may be behind the behavior but that will get sorted out in court.