LANSING, Mich. - Gov. Gretchen Whitmer says she is looking for new revenue to fix the roads but the Senate GOP leader is not so sure the state needs more revenue for the roads.

Outside state Capitol they were dismantling the state Christmas tree while inside, it was back to work for lawmakers and the governor who still wants to fix the roads with new revenue.

The governor is seriously looking at selling bonds to raise the cash for the roads, but will she go there?

Road funding among issues legislature visiting as it returns to session

With the Michigan Legislature returning to session, finding a new source for funding new road funding is top of mind for the governor and lawmakers. The governor is considering selling bonds to pay for the roads after GOP leadership rejected her gas tax increase proposal in 2019.

If the governor does propose selling bonds, she may not get a yes from the senator GOP leader.

"Bonding is the last option on my list. Everything is on the table," said State Sen. Mike Shirkey.

The governor argues new revenue from somewhere is needed, but Shirkey counters:

"I'm not so sure we need new revenue anyway," he said.

The governor won't like that. Over in the GOP speakers office, Rep. Lee Chatfield will not to commit to any new revenue either. His demand is to make sure the sales tax now collected at the pump goes into roads.

"I'm open to all options but we must first make sure the sales tax goes to the roads," he said.

So if that is taken care of, would he support a smaller gas tax hike?

"All of the money at the pump has to go to the roads and that is the conversation right now," Chatfield said.

Complicating the road fix issue, every member of the Michigan House is running for re-electiion this year and raising the gas tax, which was a hard sell last year and will be even harder this year. 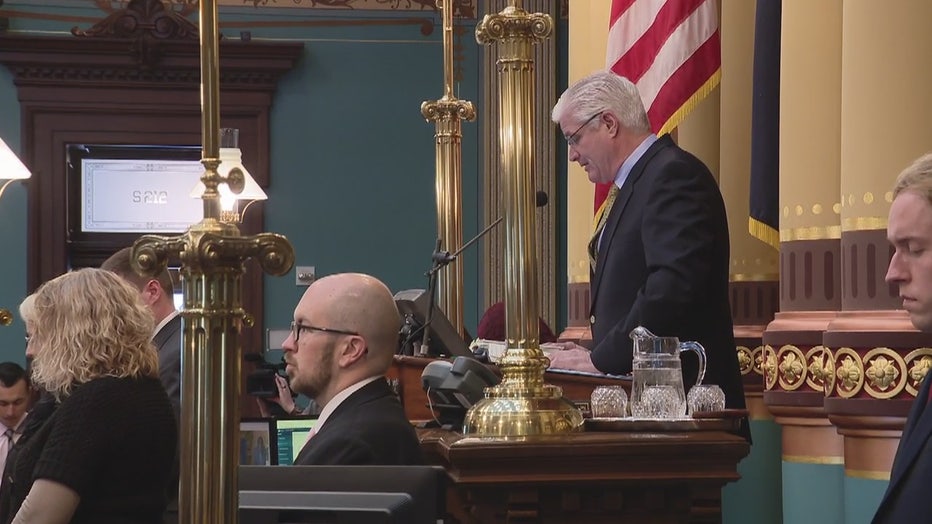 The next move is up to the governor, who is expected to release her Plan B road fix on January 29.