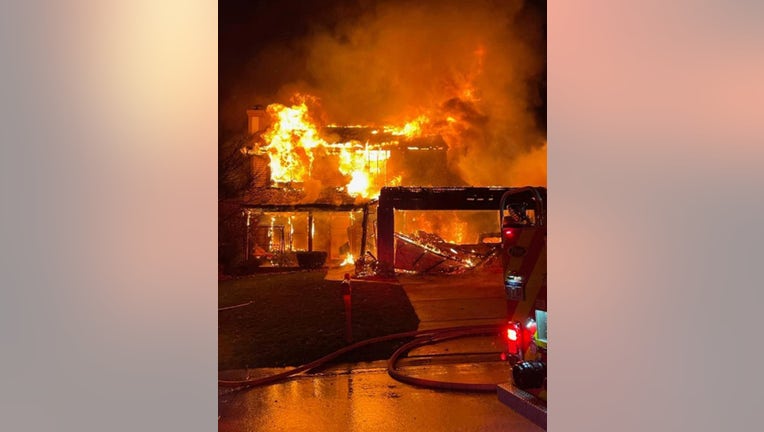 ROCHESTER HILLS, Mich. (FOX 2) - A fire ripped through a home in Rochester Hills destroying the two-story home but firefighters are crediting their working smoke detectors for saving their lives.

The fire started early Sunday morning in a neighborhood just off Rochester Road and north of Hamlin.

When firefighters arrived, flames had taken over the two-story home and was spreading the house next door. Firefighters ran hoses and concentrated on stopping the spread of the fire as the first was already burned.

More hoses arrived and were used to put out the fire at the first house but it took more than three hours before firefighters were done putting the fire out.

The first home was destroyed by the fire, as were two cars parked in the garage of the home. The neighboring home had moderate fire and smoke damage.

According to the Rochester Hills Fire Department, smoke alarms went out and alerted everyone inside. Everyone was able to escape without injury but the home and everything inside was destroyed. The damage is estimated at nearly $300,000 for both homes.

The family is being helped by relatives and friends as the Oakland County Sheriff’s office investigates.