Julie Grace Wallace, the 12-year-old who was struck by a car last week is under sedation and life support as she fights for her life. Her aunt says the outpouring of support she's seen for her daughter has been breath taking.

ROSEVILLE, Mich. (FOX 2) - The Roseville middle school student on life support after being hit by a car in late April remains under heavy sedation while her family prays for her recovery.

It was an emotional day Sunday when family, friends, and the community gathered to say prayers for Julie Grace Wallace and release a balloons. Her aunt says the response has "taken her breath away."

"People who don’t even know us, they are reaching out and donating for them. It takes my breath away to know there is so many good people even with so much bad in the world," said Julianne Deblauwe. "But there are human beings and people out there that have such kind hearts."

The 7th grader's life hangs in the balance as she continues to fight off severe symptoms from a head wound after being hit by a vehicle.

"She's still on sedation, she's still on life support. She's initiating about 10 breaths on her own, which is positive. But they had to put her back on sedation because there was just too much pain," Deblauwe said.

Wallace was hit by a vehicle while crossing the road last Tuesday. The 21-year-old driver from Detroti stayed at the scene and is cooperating with police.

Police say Wallace was crossing Martin at Barkman when she was hit around 7:20 a.m. while walking to school. 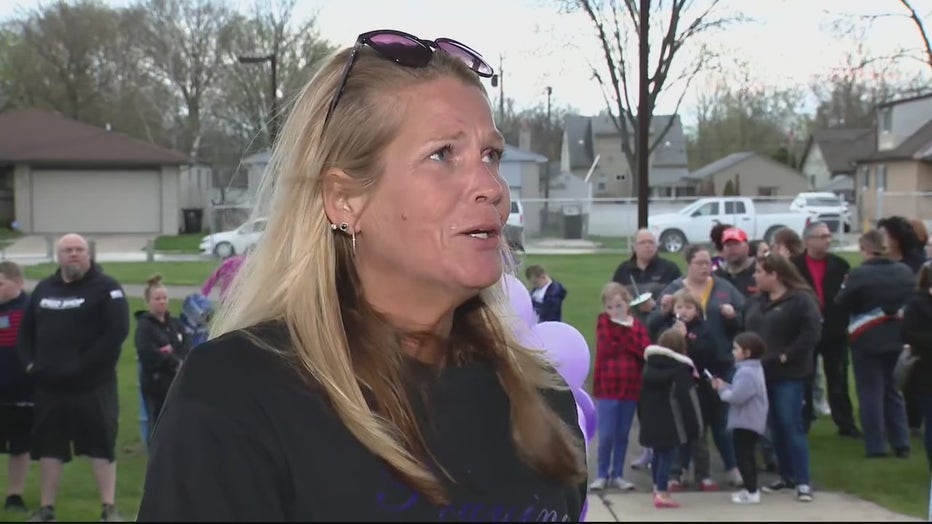 It's been a rough few days since.

"She’s getting fed by feeding tube but she's holding her own right now. And we just pray every day that she just gives us a little sign she might come back to us," said Deblauwe.

Wallace would have turned 13 years old this May 12.

There is a GoFundMe account set up to help the family. GO HERE to help.