Alexandra Farr is now charged with three misdemeanors. One of them – ethnic intimidation, is what the victim wanted.

DETROIT - A Roseville woman has been charged with ethnic intimidation after she assaulted a Muslim woman and shouted a racial slur at the victim following a plane ride to Detroit.

Alexandra Farr, 39, was also charged with assault after she struck the victim who was trying to record her on a Spirit Airlines flight last weekend. She was given a $7,500 bond and ordered no contact with the victim.

According to the Council of American Islamic Relations, Farr called a woman a "Muslim terrorist" on the flight, which happened on Sept. 11. The incident prompted the civil rights group to call on the prosecutor to press hate crime charges.

The incident happened around 6:25 p.m. Sunday after Farr had begun using disruptive and profane language during a verbal altercation

CAIR said a woman attempted to intervene before Farr became aggressive toward her and continued using disruptive language. The victim at that point pulled out her phone and attempted to record Farr, who retaliated by trying to strike the phone out of her hand.

She was eventually arrested by Detroit Metro Airport police.

Aicha Toure says she tried to play peacemaker but instead became the target of a tirade. So Toure took her phone out and hit record.

"The alleged activity of this defendant was completely inappropriate and quickly elevated to criminal activity, said Wayne County Prosecutor Kym Worthy in a statement. "Racist rants have become far more common lately and we will not hesitate to take action when we can do so legally." 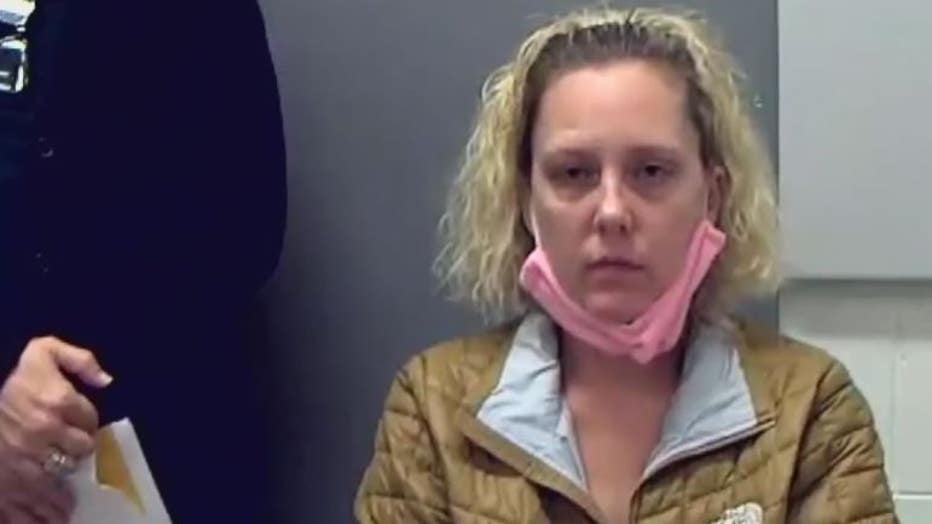 "We call for the suspect who allegedly spewed anti-Muslim rhetoric during the assault to be charged to the full extent of the law," said CAIR-MI Executive Director Dawud Walid said in a statement earlier in the week. "Swift arrests along with strong prosecutions must be instituted to deter future acts of anti-Muslim hate crimes."

She's expected to be arraigned on Sept. 17 in the 34th District Court.