ROYAL OAK - "He was just found out in the cold."

"Very good, what's the address there?"

"Are you there at the house now?"

Those are statements any dispatch officer might say on any day of the job. But these particular quotes are coming from Teri Murray, a member of the Royal Oak dispatch unit. If she isn't wearing her headset, you might hear these quotes instead.

"...but the rest I managed to rehabilitate and release and fingers crossed, they're doing well to this day."

In that last one, she's referring to the bunnies she rescued after a lawnmower ran over their nest. But it's not just bunnies that Murray loves. This 20-year veteran of the department is a lover of all animals.

A police dispatch officer working out of Royal Oak has an affinity for animals, so much so she's fostered nearly 300 animals throughout the years.

Murray has fostered 300 animals over the years, in between taking 911 calls and dispatching first responders. She's cared for kittens and puppies, ferrets and snakes.

"A couple years ago, someone found a snake in a crawl space and none of my officers were brave enough to deal with that," she said with a smile.

"We can ask her for a favor and she will come through whether she's on or off duty," said Royal Oak Police Lt. Al Carter.

Murray's dedication to her craft has earned her a nomination for the Collin Rose Memorial K9 safety award. Rose was the Wayne State officer - and proud pet lover - who was killed in the line of duty in 2016. Murray is one of three finalists.

"He dedicated his life to the community. Both people and to the animals. Knowing how they feel about him and how they continue to feel about him to this day and his family, it's very humbling to me," said Murray. 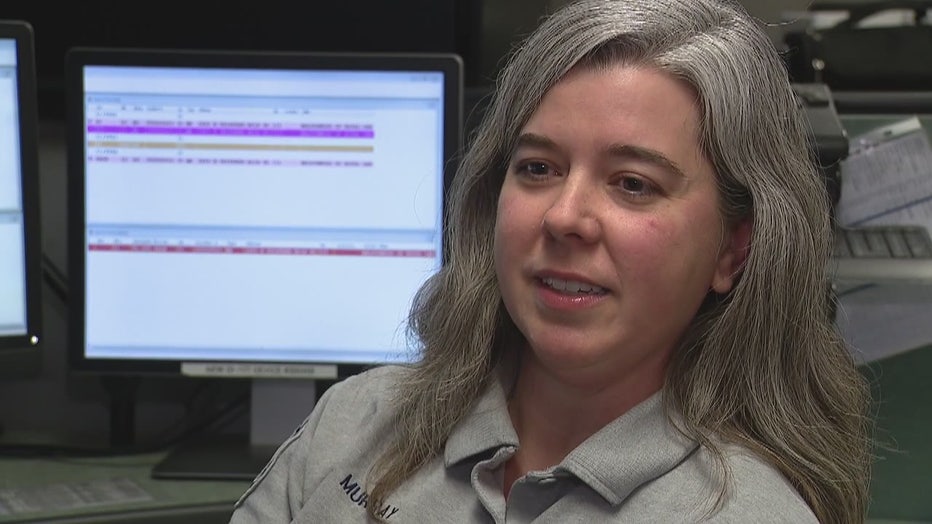 The winner will receive $2,500. If Murray wins that money she'll donate it to the Royal Oak Animal Shelter because of course, she will.

For anyone who wants to see Murray win, they can vote for her here https://www.collinrosememorial.org/murray-k9-safety-award-finalist