One of Royal Oak's biggest festivals of the year may one day have a section where guests can smoke weed. But it won't be during the 2022 Arts Beats & Eats festival.

ROYAL OAK, Mich. (FOX 2) - Arts, Beats & Eats will all be in attendance for Royal Oak's big Labor Day weekend festival. But what won't be available is pot.

That's despite support from some residents interested in seeing the city put on the first big festival that features a designated spot for guests to ingest marijuana.

"We believe this is the perfect grounds to try this here in Michigan for the first time and really set the tone and tenor for how to have a successful event and how to introduce cannabis into these mainstream events as we break down the stigmatisms," said one proponent.

But not everyone was interested in seeing the drug show up at an event that already features a lot of available booze.

"Out of the law enforcement officials that I personally spoke with, most if not all of them expressed concern with what is before you tonight," said Police Chief Michael Moore.

Others were worried about the contact that adolescents may have with available weed.

"For my 16-year-old - and we've played Arts Beats and Eats for the last four years and it's a wonderful time - but when we're there and she smells it and goes ‘Um daddy, I’m feeling a little something. I don't know what's wrong with me. She's never smoked pot," said one man.

RELATED: City Council votes down Spark in the Park pot and music fest in Hazel Park

Now in its 25th year, Arts, Beats & Eats has been one of the biggest festivals in Metro Detroit in recent memory.

Largely a family-friendly event, fears over the mixture of pot and alcohol expressed by Moore was enough to tip the City Commission's vote 4-3 against the idea. 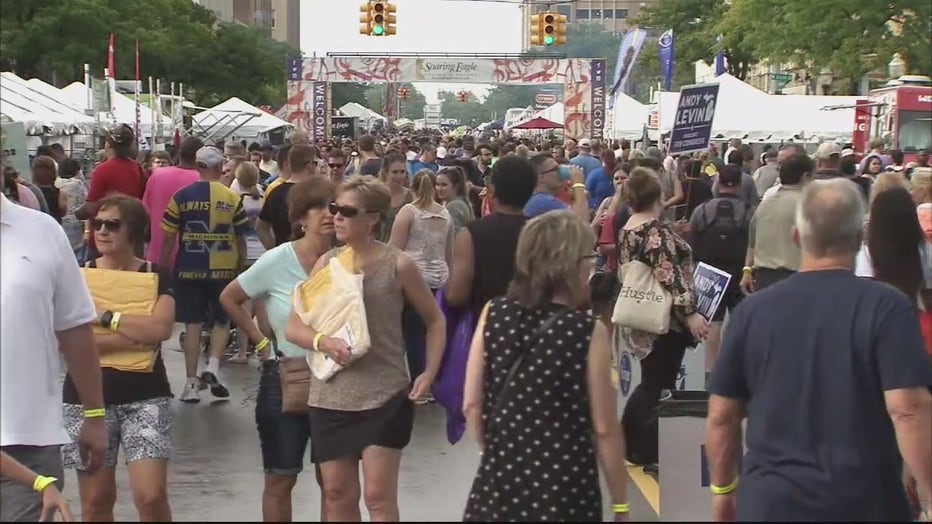 However, Commissioner Kyle DuBuc said that while the city wouldn't be the first place to host such a large event with available pot, it may do so in the future.