Jocelyn Benson held a press conference on the state of the primary Tuesday night saying that the large increase in absentee ballots will delay the unofficial results. A record number of voters submitted absentee ballots today at about 1.6 million, she said, adding that the state anticipates the final number will be at two million.

Jocelyn Benson held a press conference on the state of the primary Tuesday night saying that the large increase in absentee ballots will delay the unofficial results.

" I know there is lots of concern about when we will receive the election results," she said. "While a lot of communities have made strides counting absentee ballots it could be well into tomorrow before we know the results."

Benson said that primary results are expected to be coming in all night through the morning.

"Our last report from Dearborn the results might be done at midnight," she said. "Detroit at the TCF Center and Oakland County are operating smoothly and efficiently. The results will be trickling in tonight and almost all will be tabulated by tomorrow."

Benson spoke about the need for the US Postal Service to be fully funded in time for the November election.

"By November, we may have up to three million ballots by mail. We have essentially reached the limits of our system and infrastructure will need more time on the front end for absentee and mail ballots by November.

"More resources from the federal government only ensures the safety and security of elections during this time of uncertainty. We know vote by mail works we need clarity and certainty that our federal mail service will be fully funded in time for the November election."

Benson credited the work of clerks across the state and especially those volunteer workers at polls.

"Our polling places were calm and safe. I am proud we did not hear of long lines and people waiting hours to vote into the night," she said. "We were able to move people through quickly and safely.

"I consider it a success that so many people were able to vote by mail." 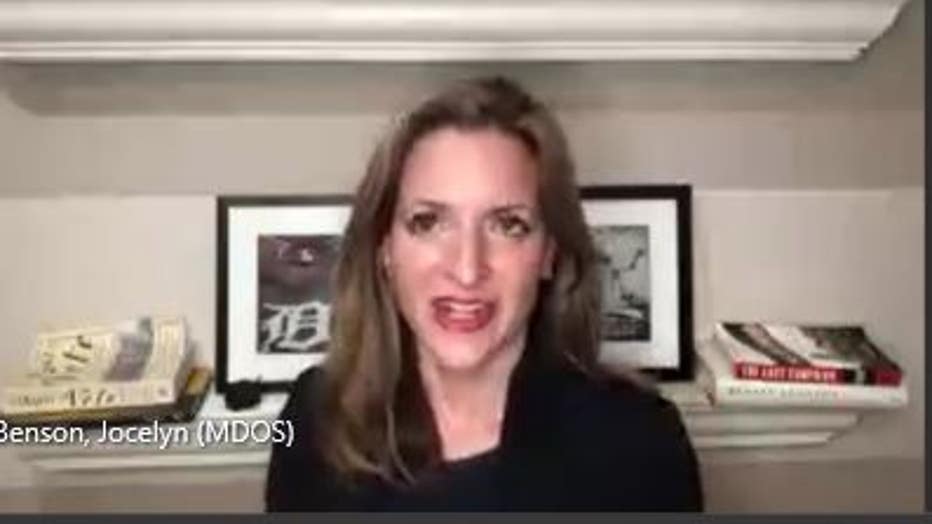